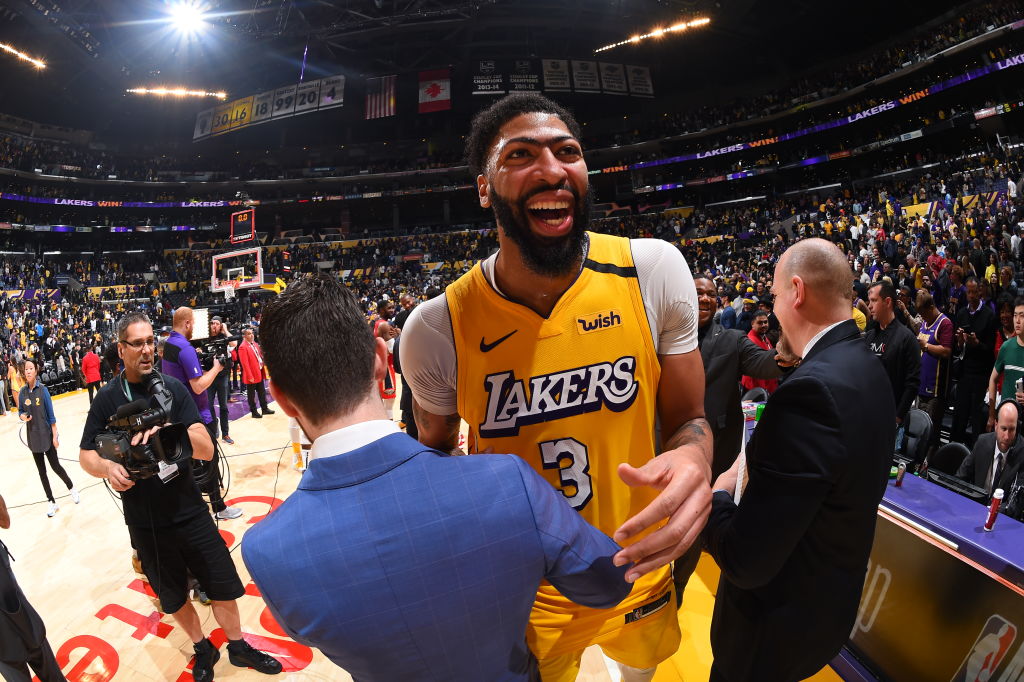 Update #1: MRI results have come back clean for Anthony Davis, Shams Charania of The Athletic reports. Davis will travel with the team on their upcoming roadtrip.

The Los Angeles Lakers are expected to be without Anthony Davis for their upcoming road trip as the big man recovers from a bruised sacrum sustained during a game against the New York Knicks on Tuesday, Dave McMenamin of ESPN reports.

Davis fell hard to the court during the third-quarter of that game, spent several minutes on the floor and eventually exited the contest under his own power.

Early x-ray results came back negative but Davis is expected to miss the team’s upcoming games against the Dallas Mavericks and Oklahoma City Thunder in order to rehab.

Davis was expected to undergo an MRI on the injury after the game but the results of that particular test have not yet been revealed.