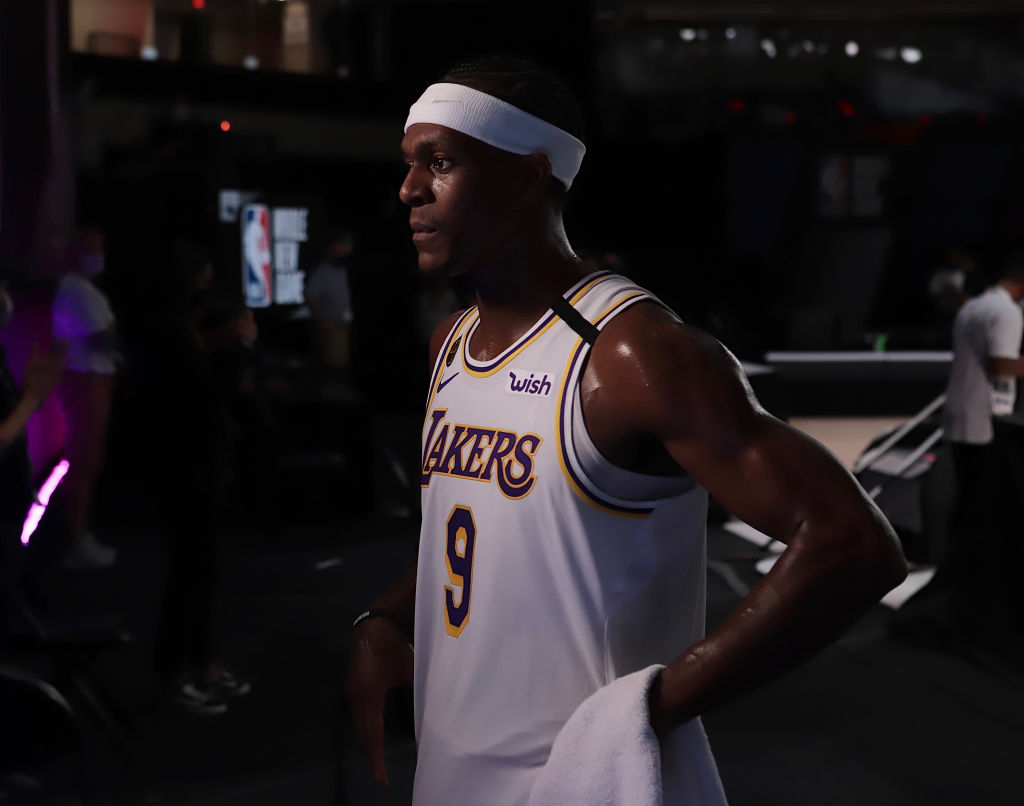 The term ‘Playoff Rondo’ has been used for over a decade now. Ever since his breakout postseason performance for the Boston Celtics in their 2008 NBA Championship run, Rajon Rondo has seemed to play better as the stage gets bigger.

His teammates fully believe that ‘Playoff Rondo’ is real. After Rondo’s recent 21-point, nine-assist performance, Anthony Davis gave his thoughts on the nickname.

Davis was Rondo’s teammate with the New Orleans Pelicans back in 2017-18 when he averaged a playoff career-high 12.2 assists per game. He continually finds ways to be great in the playoffs and help his teams win. Davis has now been a witness of Rondo’s playoff excellence on two separate teams.

LeBron James also had praise for his veteran point guard after Game 3 against the Houston Rockets.

“He’s been exceptional. These last two games have been everything we’ve imagined. Being on the opposing side for him so many years, I know what he’s capable of. It’s perfect.”

Since his return to the lineup, Rondo has looked like the third best player on the Lakers behind James and Davis. Although this may not be sustainable as the playoffs go on, Los Angeles can’t complain about how well Rajon Rondo has played recently.