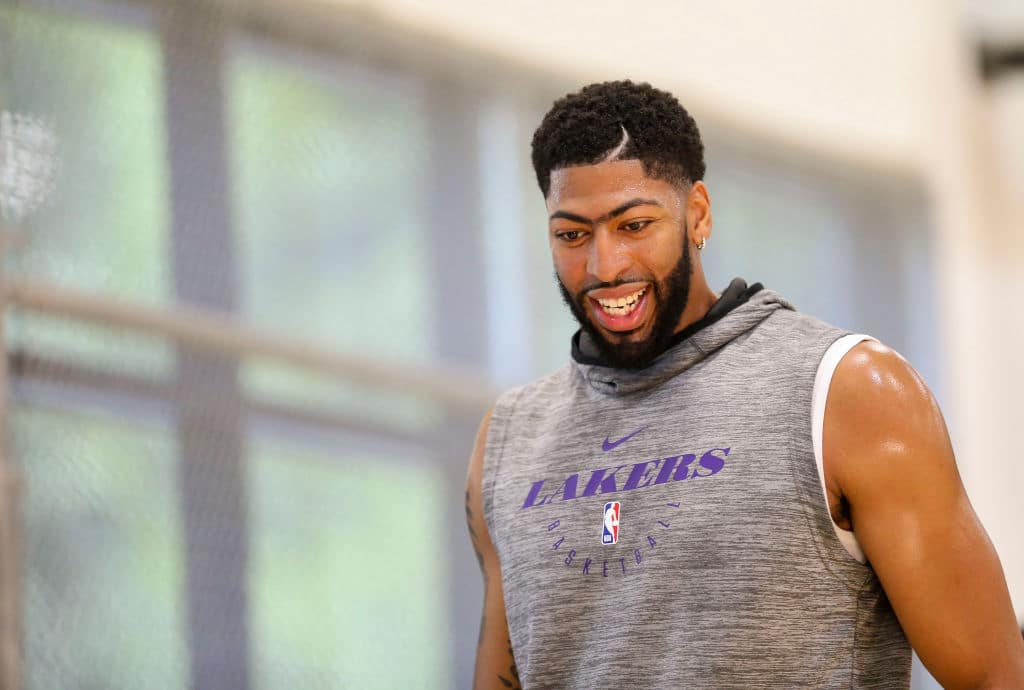 Anthony Davis, with some admitted reluctance, is willing to play center for the Lakers next season.

Davis, 26, says he prefers to avoid banging in the paint for 82 games in order to stay healthy for what he hopes is a long playoff run.

AD says he’s ready to show and prove in L.A.

“If we stay healthy, there’s no limit,” Davis told Yahoo Sports. “We have the team to win a championship. We have the coaching staff to win, but we’ve got to come in with the right mindset and that all starts in training camp all the way through preseason and all the way through the regular season. We have to make sure we come in with the same mindset no matter who we’re playing. It should be about us. Not about the opponent, not about anything else outside the locker room. If we’re all about us and all about what we need to do to win, then we’ll be fine.”

Davis, who has averaged 23.7 points, 10.5 rebounds and 2.4 blocks for his career, has never shied away from voicing his reluctance of playing the five.

“Nah, it’s true. I said it. But the thing is, it’s a long season and you want to be smart,” Davis told Yahoo Sports. “Battling [centers] can wear on your body. So I think having JaVale [McGee] and having DeMarcus [Cousins] before he got hurt and now having Dwight [Howard] takes pressure off of me and allows me to play and withstand an 82-game season and going into the playoffs. But obviously, if we have to and we’re playing a big lineup where I’m at the five, then I’m willing to do it. I’m willing to do whatever it takes to win.”

After seven years in New Orleans, the bright lights are finally going to be shining on Davis. And now it’s time for him to produce.