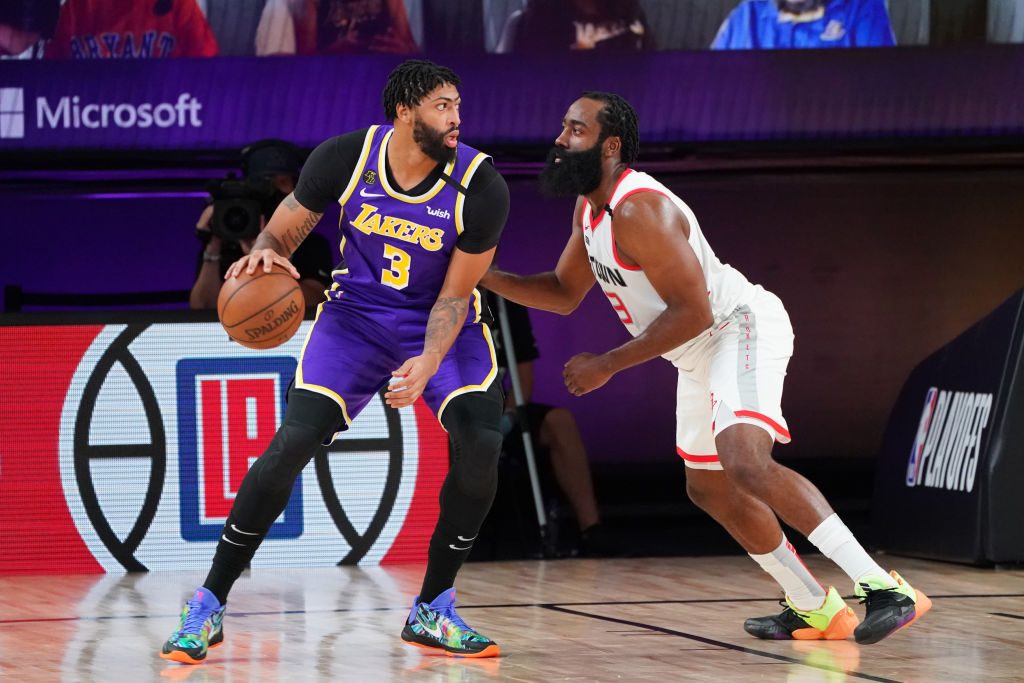 The Los Angeles Lakers have some adjustments to make after losing Game 1 of their second-round series with the Houston Rockets. The thing they struggled with most, as most teams do against the Rockets, was matching their small ball style of play.

With Anthony Davis locked in at the power forward, the Lakers have two bigs on the floor at a time, which plays in the favor of the often five-out Rockets.

According to Chris Haynes of Yahoo! Sports, Davis is willing to slide up from power forward in this series going forward. This would be a great move for Frank Vogel and the Lakers, as Davis is maybe the best-suited center in the entire NBA to match up against Houston.

Davis’ ability to bully them inside while also stretching the floor to create space will help the struggling Lakers offense tremendously. The fact that he is an elite defender also makes him perfect for the job.

After the Game 1 loss, Vogel spoke to the media regarding adjustments for Game 2.

“We’ll look at the tape and we’ll see what approach we’re going to have for Game 2 and we’ll go from there.”

After playing 96% of his minutes at center last season with the New Orleans Pelicans, Davis has only played 40% there this season with the Lakers. That’s actually the least amount of time he’s played at center since the 2014-15 season.

This goes to show that Davis is completely capable of playing the position and that may be what’s required for the Lakers to have success.