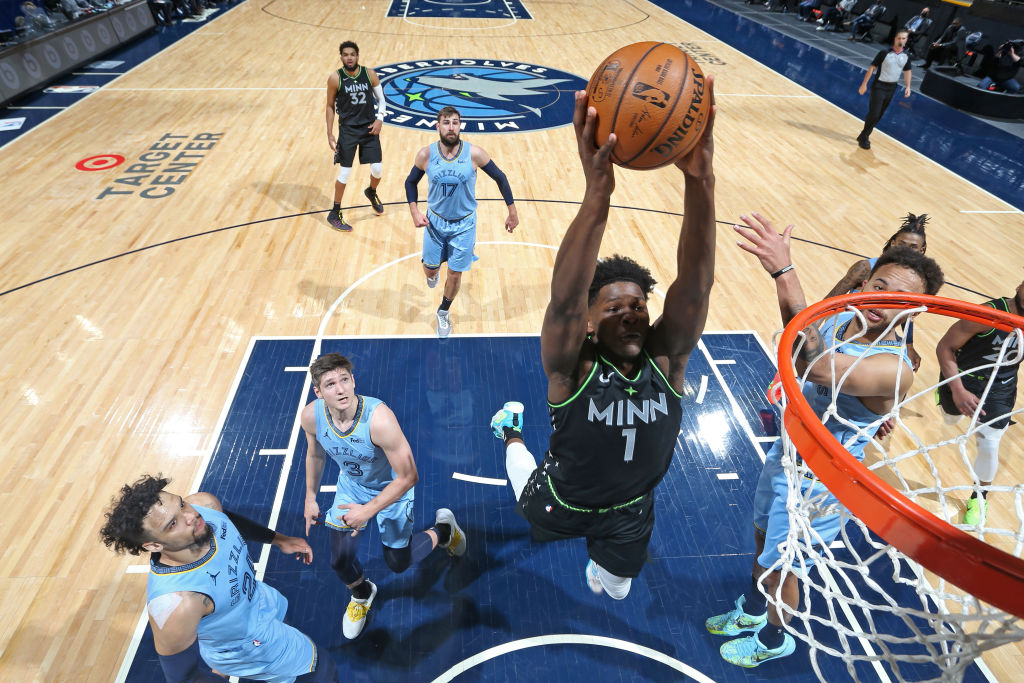 Since being drafted by the Minnesota Timberwolves with the No. 1 overall pick in the 2020 NBA Draft, Anthony Edwards has been a walking bucket. On Wednesday night against the Grizzlies, he finished with 42 points, seven assists, six rebounds, one block and one steal.

This stellar performance made him just the third teenager in NBA history (LeBron James and Kevin Durant) to notch a 40-5-5 game.

Since the March All-Star break, Edwards has taken things to a whole new level, averaging 23.7 points and 5.4 rebounds per game at just 19 years old.

According to Basketball Reference, Edwards joins Michael Jordan, Allen Iverson, Blake Griffin and Donovan Mitchell as the only rookies in the last 25 years to have multiple 40-point games in a season.

While the Timberwolves are still quite a ways from being a contender, the future is extremely bright with rookie Anthony Edwards playing alongside Karl-Anthony Towns and D’Angelo Russell.