Are we ready for seven more years of this? 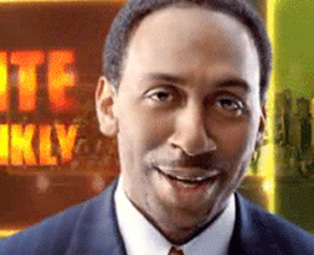 Stephen A’s outstanding radio interview with Kobe today notwithstanding, his role as a halftime personality on ESPN’s coverage is representative of another big issue related to the NBA that is not getting nearly as much ink as #8 24 is. Being somewhat of a sports media nerd (when I used to read USA Today, Rudy Martzke’s column was the first thing I turned to), I like checking out sportsmediawatch.com, which is a pretty cool site if you’re into TV ratings and the like. One of the big subjects over there lately is the NBA’s TV deal, which is not up until after next season but the League wants to extend by the end of next month. Typically, these type of contract extensions are discussed heavily in the NBA media, but this one’s been under the radar and I’ve only realized it was being negotiated at all in the last few weeks. I feel like David Stern is being much quieter about this than he has been in the past, probably because he doesn’t have the type of bidding war or high ratings to play up like he did in the past. Instead, all indications are that rather than enter into a new partnership with the likes of networks CBS (the 80’s NBA), NBC (the 90’s NBA) or FOX (never covered NBA) or cable networks like Versus or Fox Sports Net, the NBA will tack another six years (at slightly higher cost) onto its current six-year deals with ESPN (I’m sure you all know by now that ABC and ESPN are, for sports purposes, one and the same, and will therefore only be referred to as ESPN) and TNT.

My goal today is not really to criticize either outlet, but just wonder if some new/old blood might be better for the NBA. TNT’s game coverage is excellent, with the Marv/Kerr/Collins combo a favorite of mine. I think ESPN’s actual game coverage is good, too, save for the weird camera angles they use too often. Announcer-wise, Mark Jackson is great, Mike Breen acceptable, and Jeff Van Gundy has been a surprisingly solid addition considering what short notice he had to join their first team.

Where the two networks have diverged is in their studio teams. TNT has been a picture of consistency, trotting out Ernie, Charles and Kenny for years (with the occasional fourth man in like Magic, Reggie Miller, etc), and the results have been fantastic. The Worldwide Leader, on the other hand, has had more studio combinations than Damon Jones has had teams. ESPN’s lack of consistency in its coverage of the NBA is one of the reasons this contract situation caught me by surprise; how can ESPN’s contract be up when it still feels like they are feeling their way out?

Another fundamental difference between ESPN and TNT is in what type of platforms they are. TNT shows, what, old movies, the British Open and some show called The Closer? The only time the NBA is on TNT is when it’s gametime. I think this actually enhances the experience. When you tune into TNT the game comes almost out of the blue, not preceded by endless amounts of hype. And when the NBA has a controversy on its hands, you’re not going to hear about it on TNT 24 hours a day. ESPN, on the other hand, is everywhere. Multiple TV channels, radio stations and a huge website, all with the ability to cover news all the time. Stern must see these as positives most of the time, and that makes sense—if your league is being discussed at all hours, that’s got to be good advertising, right? But at the same time, ESPN also has an obligation to cover every fight, trade demand and missed practice all day long as well. And when things aren’t going well, this type of constant harping can create an image problem that even the best game coverage can’t overcome.

There’s a part of me that realizes even this discussion is antiquated. Hardcore fans have LeaguePass and get to experience the League through the relative charm of local broadcasts. Most fans around the globe also get their League fix through the internet, which, thanks to the hundreds (thousands?) of sites devoted to the NBA, can be tailored so said fan gets their coverage the way they want.

But still, when it gets deep into the Playoffs and then the Finals, and only one or two networks have the biggest games, every fan will have to come across those networks, so it would help if they liked them. And, given my relative boredom with the current situation, I would be open to seeing someone new (or old—both NBC and CBS had classic graphics and music)…do I need to get over it or would some remixing be for the best??