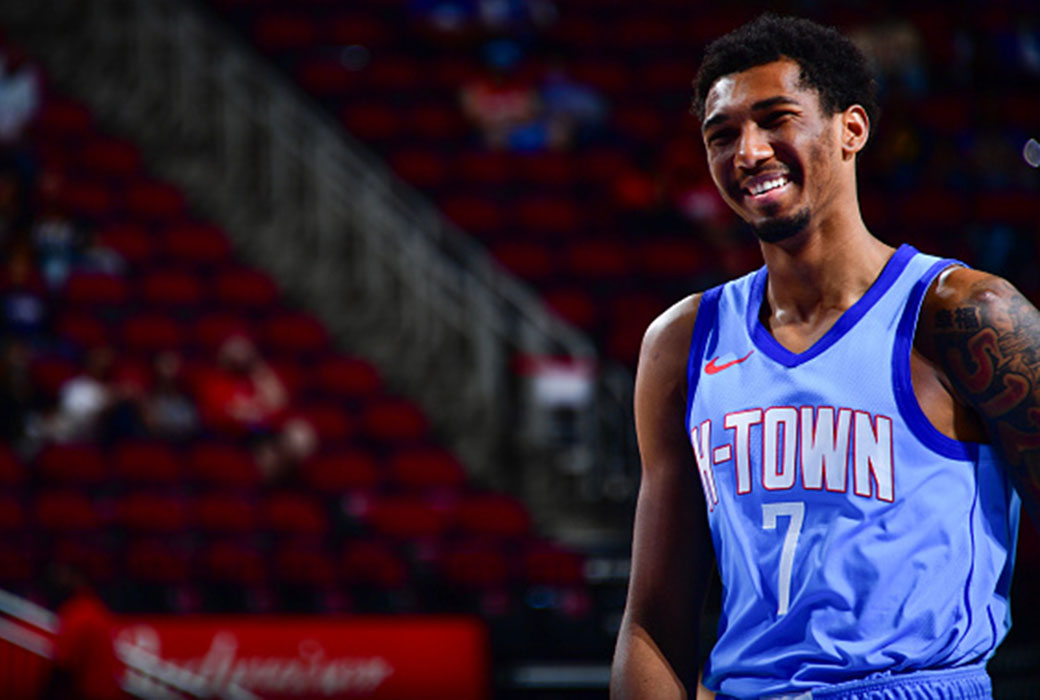 With stars John Wall and Eric Gordon lost for the season, the Houston Rocket’s last few games of the season will likely be featured with young players trying to make a case for a roster spot next year.

One of those young players collecting shine is Armoni Brooks, who recently signed his first NBA contract last month and has already made some NBA history. After Brooks knocked down 6-of-9 shots from 3-point range against the Portland Trail Blazers on Monday, Armoni set a record by making 47 made 3-point shots as a rookie in his first 17 games.

That total of long-distance shots tops Damian Lillard who previously held the record at 43. He joins Saddiq Bey as rookies that have written their names in the NBA record books when shooting the basketball from behind the 3-point line.

“Confidence is a big thing,” Brooks said postgame. “All of my teammates and everyone on the coaching staff are telling me, ‘Shoot the ball when you get a shot. Be aggressive.’ Having people back you allows me (to have) that self-confidence. That’s big. I’m still adjusting to the speed to get your shots off, and make high-quality shots.”

“Not a lot of guys on two-ways or rookies in general get the ability to play this much time, and learn as they continue to grow. Playing on the court instead of just watching on film is a big jump for me.”