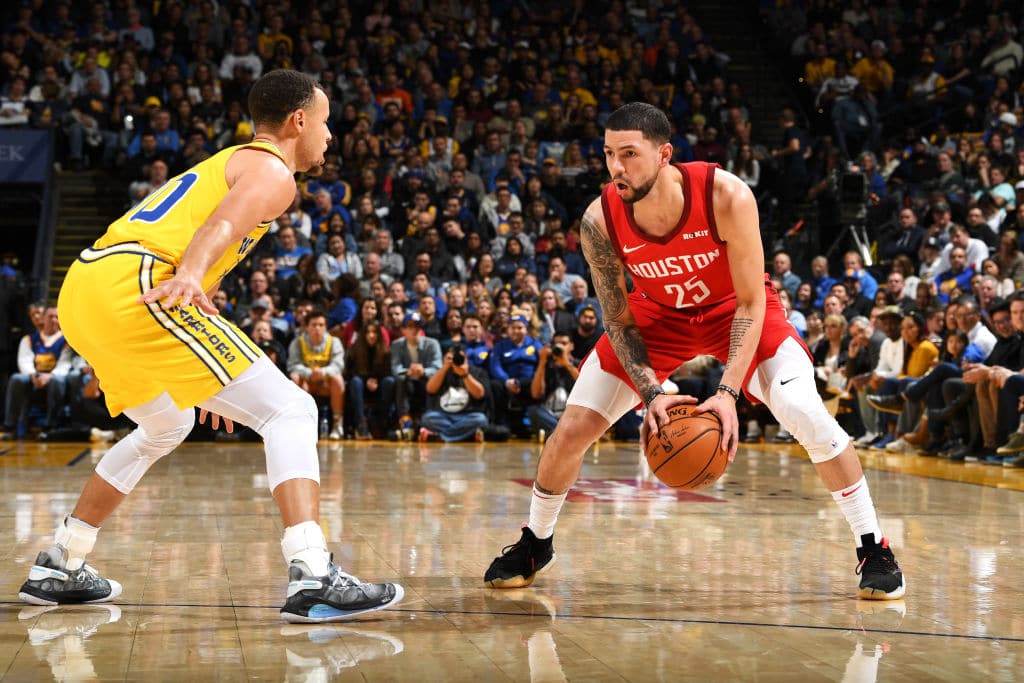 Rockets guard Austin Rivers has enjoyed some success checking both Stephen Curry and Klay Thompson this season, and says his speed and size allows him to “bother them a lot of times.”

Rivers believes he can defend smaller guards “better than anyone in the league.”

Houston has gone 3-1 against the Golden State Warriors this season.

“Avery Bradley, Patrick Beverley, Paul George, Vic Oladipo—I put myself in that category in terms of defense. When it comes to smaller guards, I think I can guard them better than anyone in the league.”

So what’s the secret to guarding a Splash Brother?

“I’m quick,” Rivers said with a wry smile. “That’s why I can guard them. And my length, cause I’m 6’4, I bother them a lot of times. I guard bigger guards well too.”

There will be times when it’s him, James Harden, Chris Paul, Eric Gordon and Tucker on the floor. “We’re gonna go small, and attack that way,” Rivers said.

“I know in the playoffs, that’s gonna be big. My defense is going to be one of the bigger things come playoff time. Whether we’re playing the Jazz or the Thunder, I can really show my value to this team, if I haven’t already. James and Chris can focus on what they do, and I can make it as difficult as possible. That’s the goal. I’m gonna have to guard somebody, and I’m looking forward to it.”