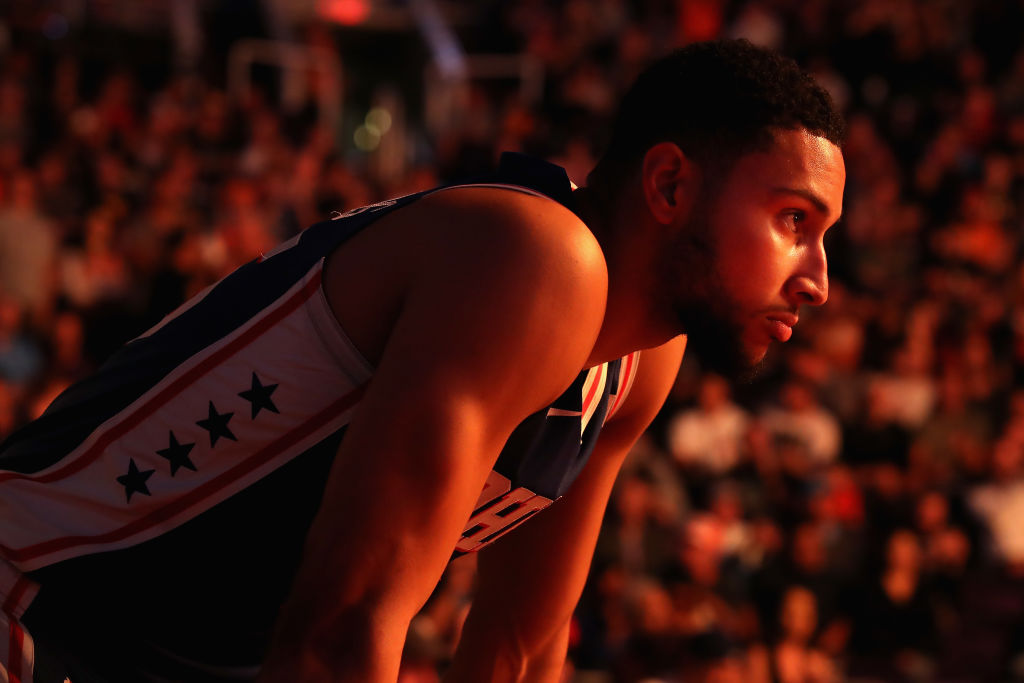 Update #1, Nov. 7: Ben Simmons is expected to miss the next three games while he recovers from a Grade 1 sprain in the AC joint of his right shoulder, Chris Haynes of Yahoo Sports reports.

Philadelphia 76ers star Ben Simmons left the team’s Wednesday battle against the Utah Jazz with a shoulder injury. Now, Derek Bodner of The Athletic reports, the team has revealed that the 23-year-old has suffered a shoulder sprain and will be re-evaluated on Thursday.

Simmons appeared to struggle with his right shoulder in the first half of Philly’s Wednesday night game and eventually went to the locker room. He was unable to return to play.

In seven games for the Sixers, Simmons has averaged 13.1 points and 6.9 assists per game. Any significant injury for the guard would present major problems for a Philadelphia squad with its eyes set on winning the Eastern Conference.

After missing his entire rookie campaign with a foot injury, Simmons has been durable since making his big league debut. He’s averaged 80 games per season over the last two years.