Just outside the Barclays Center, hundreds of demonstrators gathered to march on Flatbush Avenue. Bundled beneath layers of coats, they held signs high above their heads:

“Rebel with a cause.”

And as they moved, they chanted: 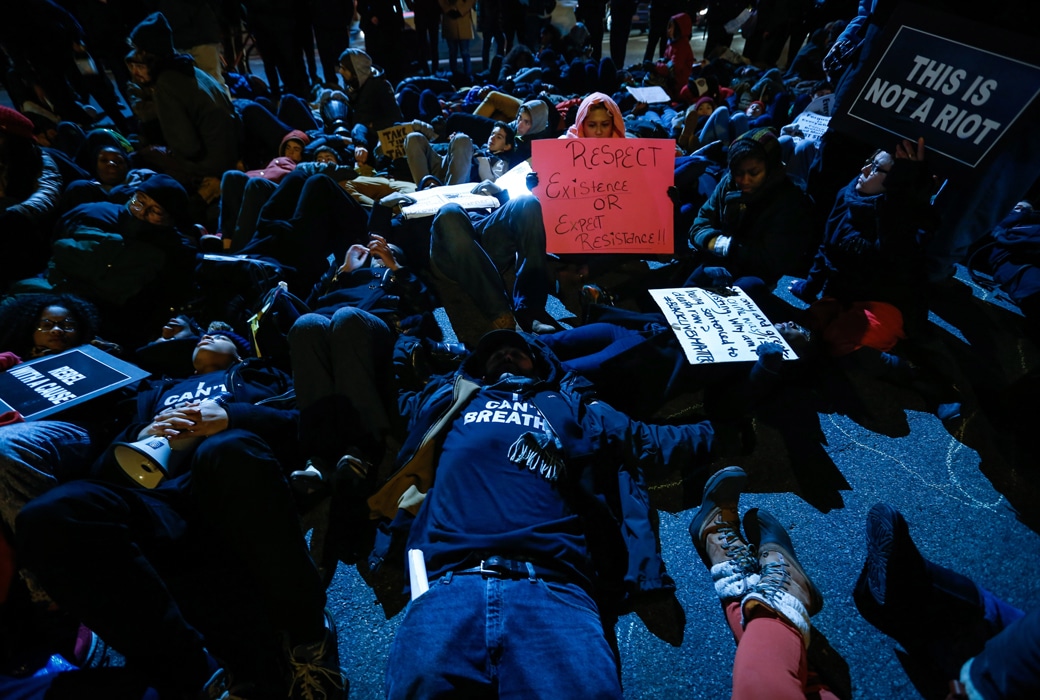 It was the sixth straight night that they had come together to protest the death of Eric Garner, an unarmed black man who was choked by an NYPD officer during an altercation in Staten Island in July of 2014. A videotape of the confrontation showed the 43-year-old Garner gasping “I can’t breathe,” while the officer’s arm was wrapped around his neck.

It was now December and the grand jury had just ruled not to indict the officer, clearing him of any criminal wrongdoing.

“I can’t breathe” quickly became one of the rallying cries for the Black Lives Matter movement, as people contested the jury’s decision across the country.

Inside the Barclays Center, the Nets were preparing to host LeBron James and the Cleveland Cavaliers. Fans had struggled to get to the arena due to the protests, which had resulted in several nearby streets being shut down.

The anticipation for that game—especially given it was early in the regular season—was extremely high. LeBron, of course, had a lot to do with that. So did Prince William and his wife Kate, who would be in attendance to watch.  The building was packed with media and other major celebrities. Jay-Z and Beyonce were seated courtside. 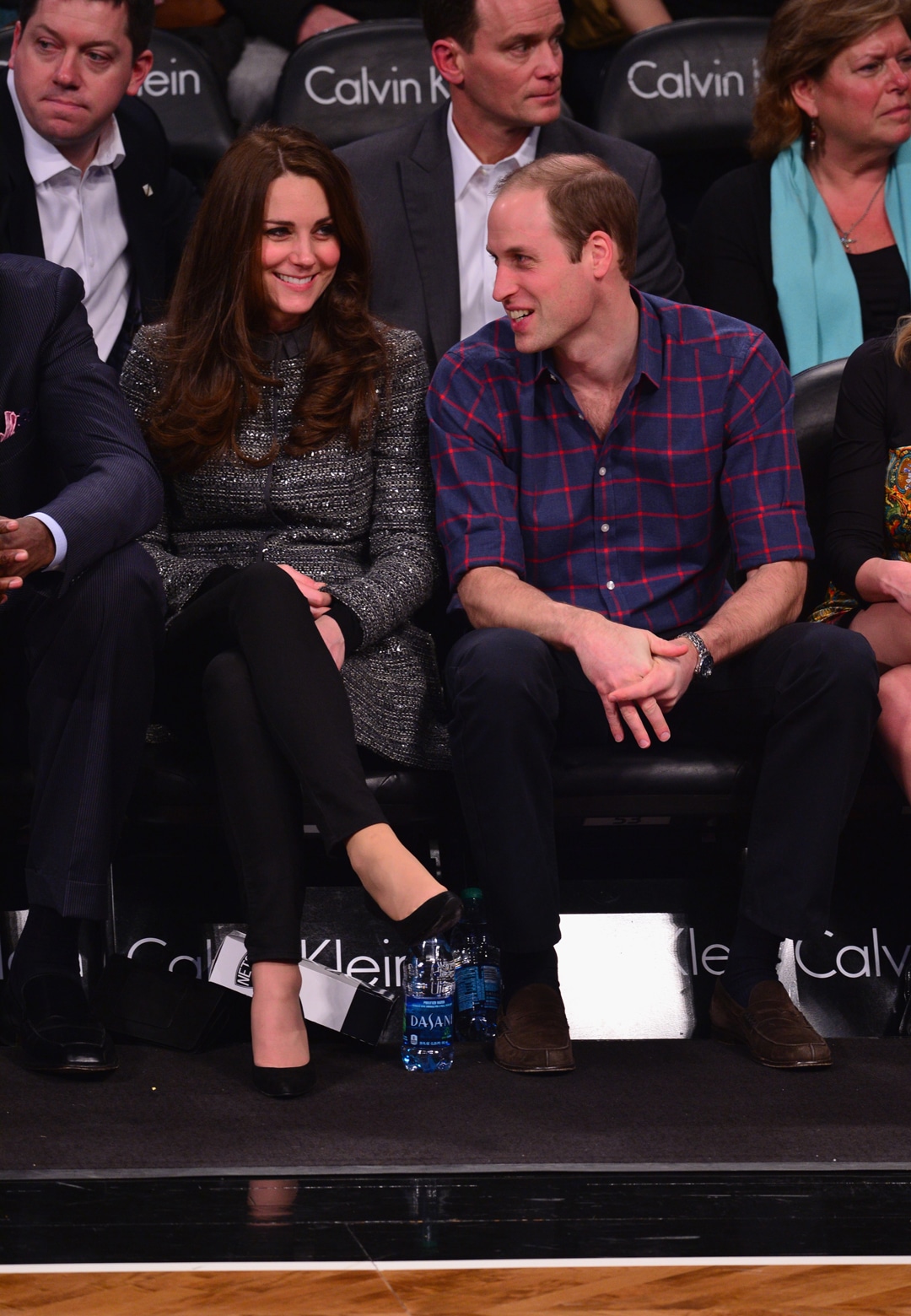 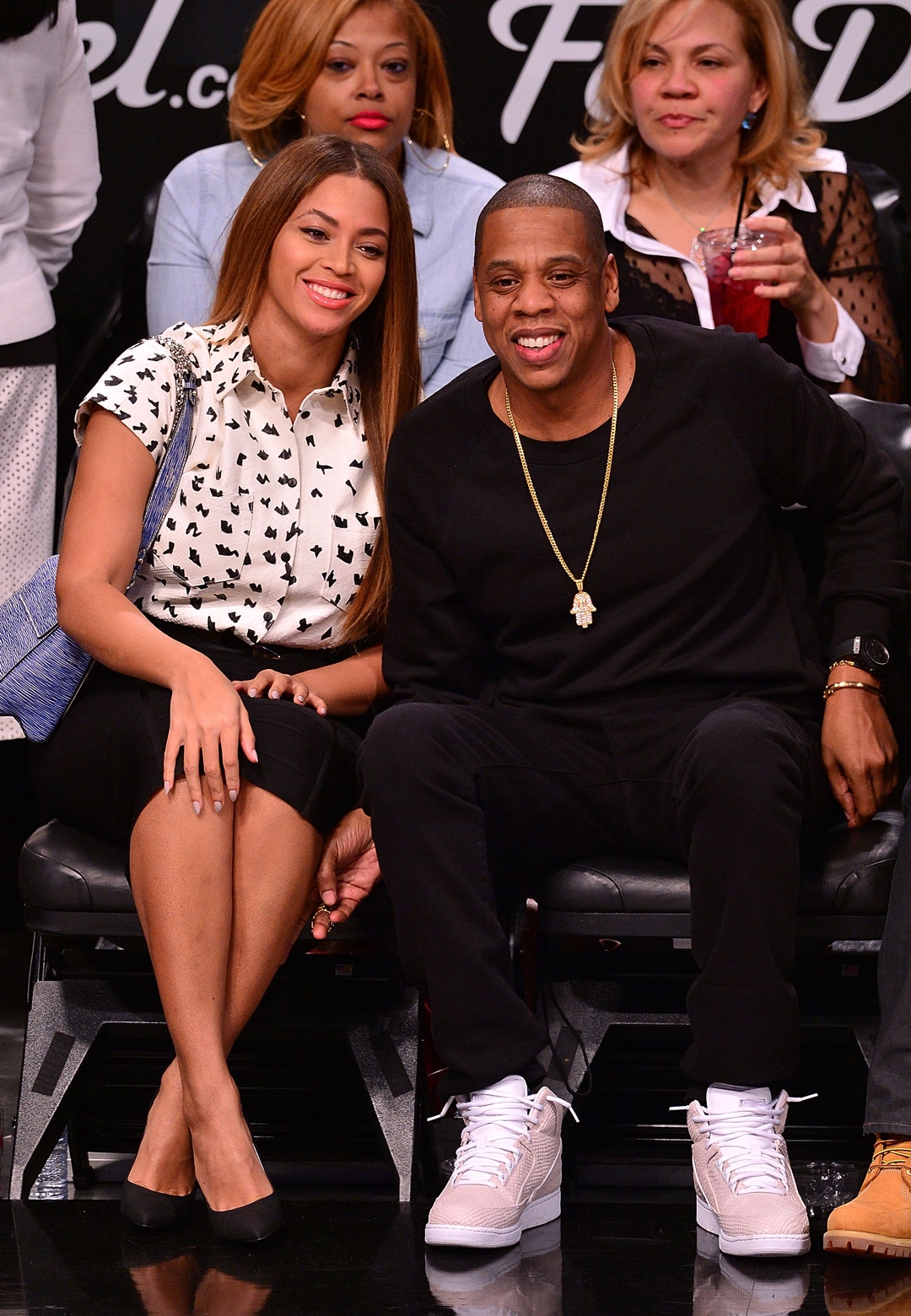 At times of tension and distress, sports can often serve as a valuable distraction. They can be a brief escape from hostility and tragedy. They can take one’s mind off daily stresses and ongoing plights. Yet, and perhaps more importantly, they can also serve as a means to address those issues head-on. And with all eyes on this star-studded event, being played in the same city where Eric Garner had died that year, a statement was made.

As the teams went through warm-ups, James and All-Star point guard Kyrie Irving wore black t-shirts with the words, “I CAN’T BREATHE,” printed in all caps on the front. Members of the Nets joined them, including Deron Williams, Kevin Garnett, Alan Anderson and Jarrett Jack—their shirts were actually provided by Jay-Z, according to The New York Daily News.

“I talked to Jay Z about us being in Brooklyn, and how it would be big for us to wear the shirts, especially with all the publicity that was at this game because of the royal couple,” Williams said. “Jay Z is a smart guy. Him being from New York City and growing up here, I’m sure he’s seen his fair share of things like this. So I’m sure it hits closer to home for him being from Brooklyn and a part of this city.”

The NBA technically required players to sport the attire of adidas, which was the League’s official apparel provider back then, and could fine those who did not follow their guidelines (However, no fines ended up being assessed in this case).

But that didn’t matter. This was about something bigger, about supporting a larger message. 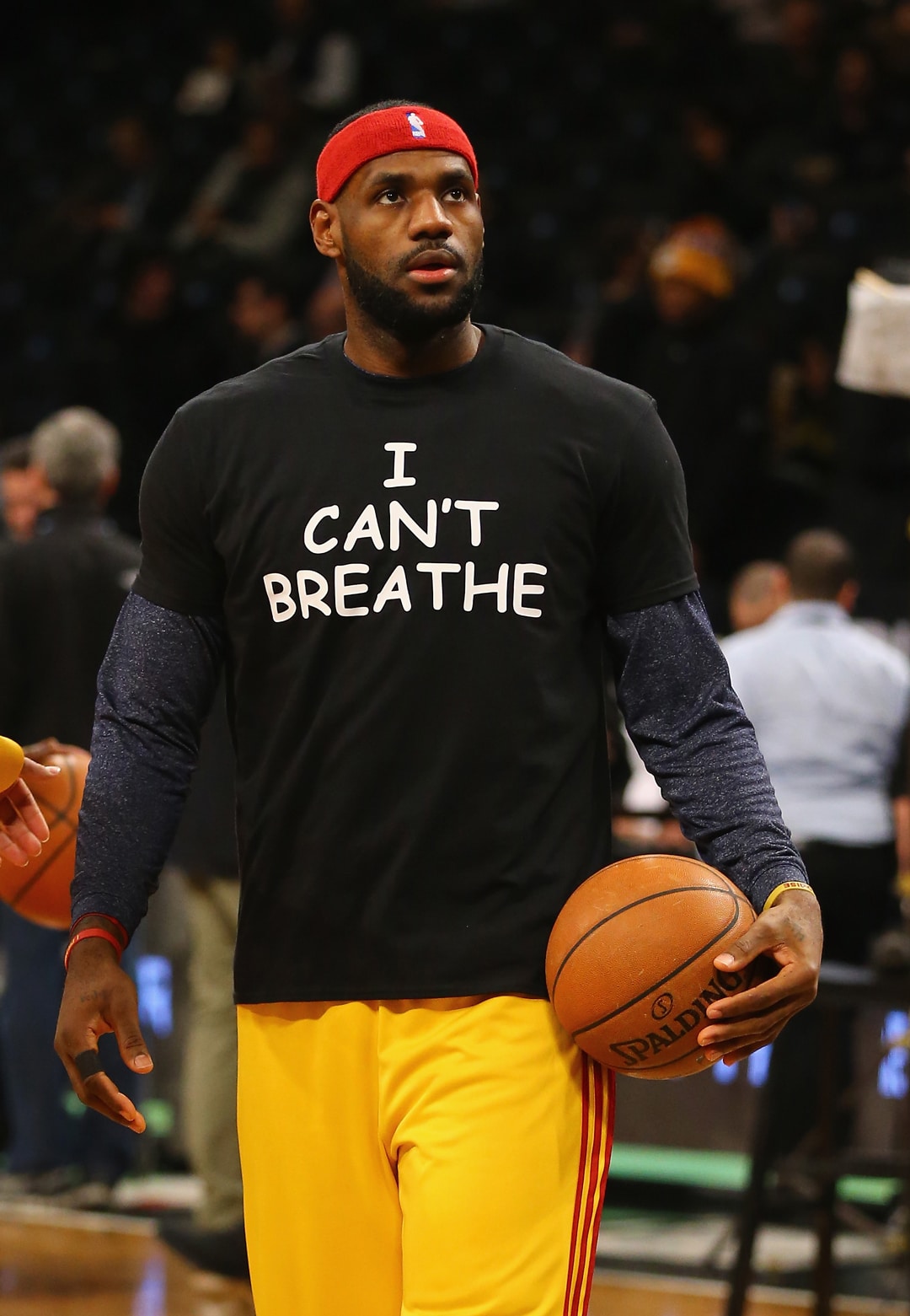 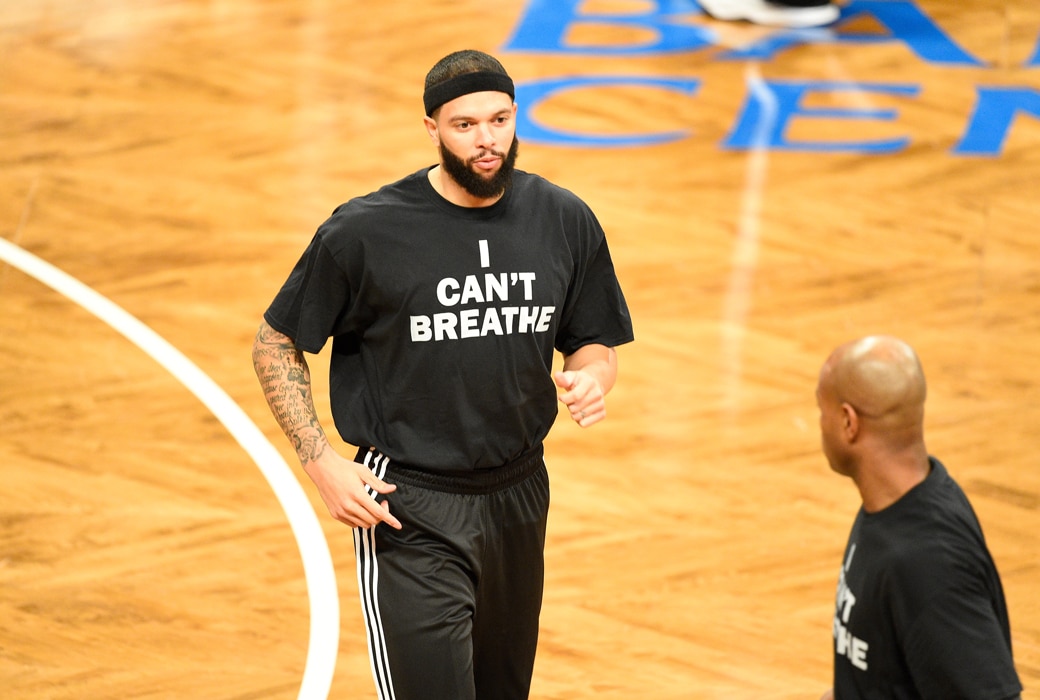 Chicago Bulls point guard Derrick Rose had first worn the shirt a couple of days earlier, and LeBron had expressed his support for the decision. It was fitting that he would follow in Rose’s footsteps in New York, playing for a prominent audience with protests taking place less than 100 yards away. This was a big platform and it wouldn’t go to waste.

“It’s just for us to understand what we’re going through as a society,” said James, when asked about the shirts. “As a society we have to do better. We have to be better for one another no matter what race you are.”

“Things happen within the world that you can’t necessarily control but for me standing up and taking it as my own and being a part of something bigger than myself…it’s just…what happened is a tragedy.” 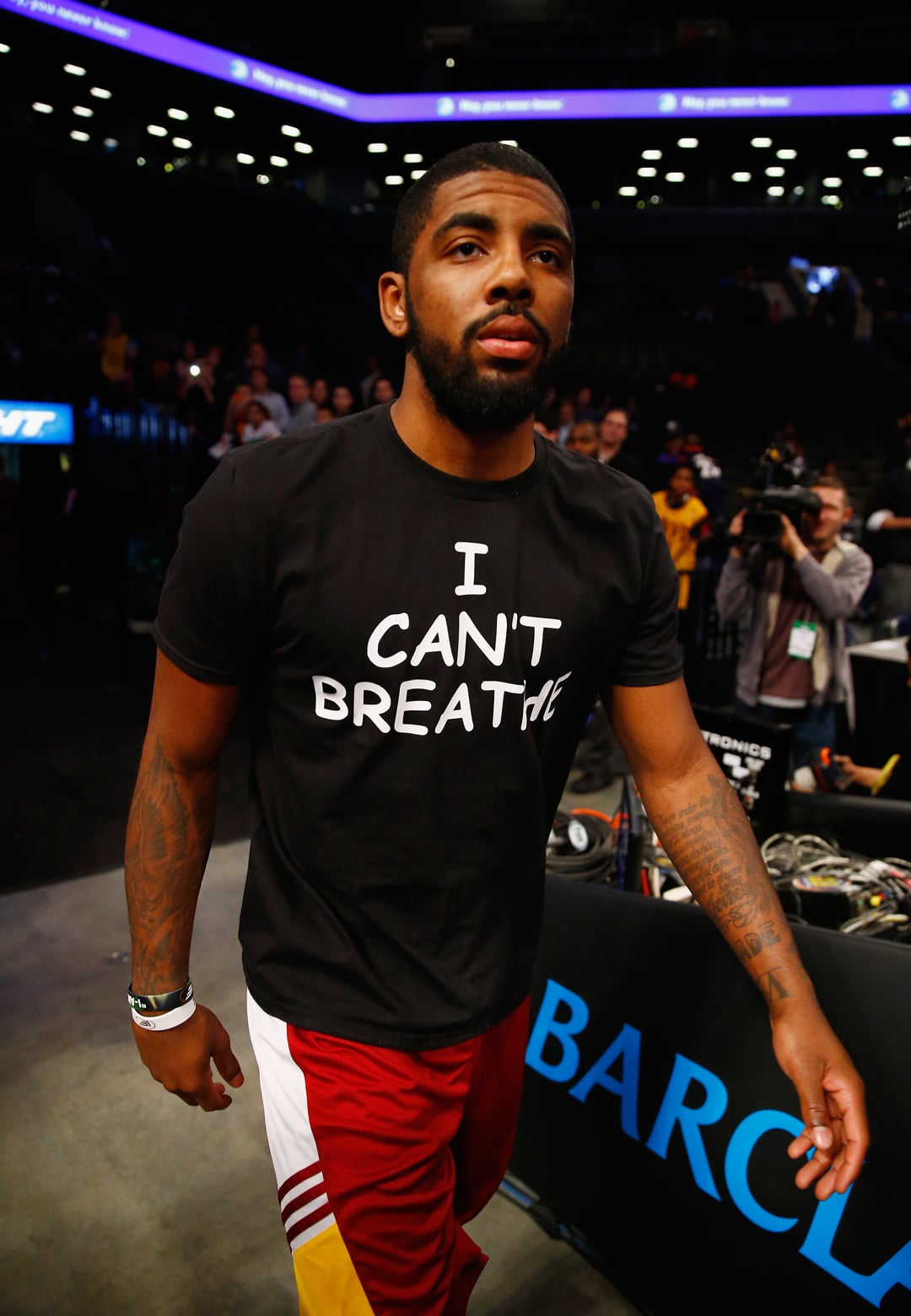 The shirts instantly made waves on social media and were highly discussed in the ensuing news cycle. We have grown increasingly accustomed to NBA players—particularly James—using their influence to speak out on subjects regarding race, politics and more. That night in Brooklyn was yet another reminder that athletes would not just be athletes. They would not just shut up and dribble.

“I think LeBron did the right thing,” former President Barack Obama told People Magazine, a little over a week after the game. “We forget the role that Muhammad Ali, Arthur Ashe and Bill Russell played in raising consciousness. We went through a long stretch there where [with] well-paid athletes the notion was: just be quiet and get your endorsements and don’t make waves. LeBron is an example of a young man who has, in his own way and in a respectful way, tried to say, ‘I’m part of this society, too’ and focus attention.”

Cleveland routed Brooklyn, 110-88, that evening. It was a quiet one from James (18 points, 7 assists) and Irving (7 points, 5 assists). Not that anyone would remember the score or the stats. It was what happened before the ball was tipped that left a lasting imprint.