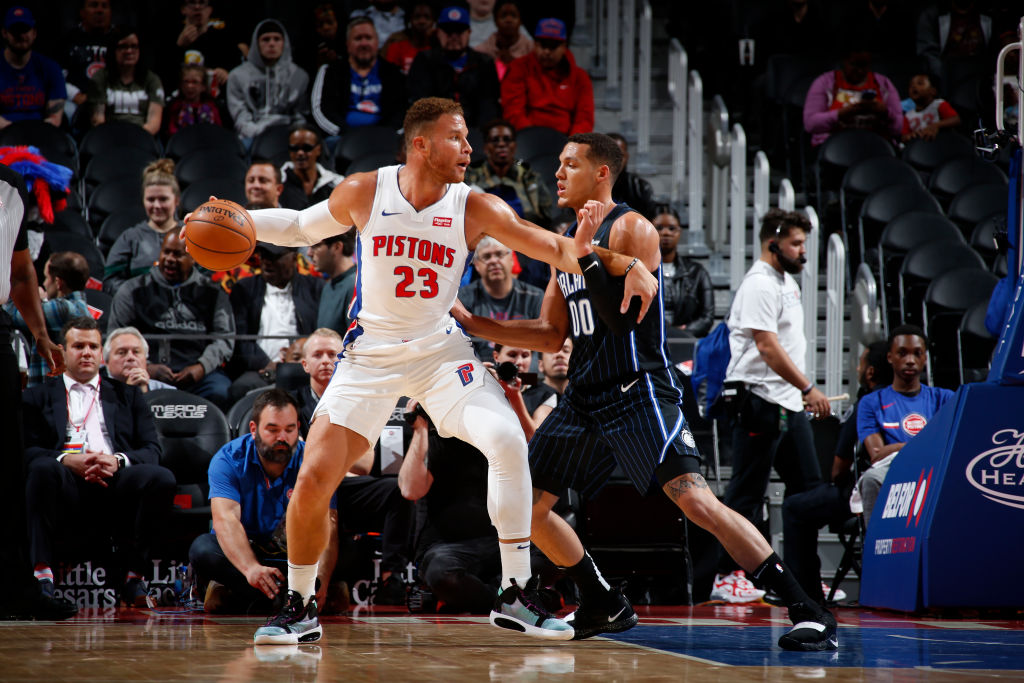 The Detroit Pistons have been without Blake Griffin through the first two weeks of the NBA season but his return to action is right around the corner. Shams Charania of The Athletic reports that the forward will be re-evaluated on Wednesday and is ready to go when given the greenlight.

Griffin has sat out of preseason and regular season action while recovering from a hamstring injury and knee soreness. This, after offseason surgery to correct a torn meniscus that plagued him at the tail end of the 2018-19 season and postseason.

To their credit, the Pistons have fought valiantly without their offensive cornerstone. In 75 games last season, Griffin averaged 45.5 points, 7.5 rebounds and 5.4 assists per game. The Pistons sit 3-4 through the first even games of 2019-20.

Detroit will be eager to welcome Griffin back to the lineup given their intentions of competing in the Eastern Conference but with over $100 million invested in the 30-year-old over the next three seasons aren’t likely to rush him back before he’s ready.

Last season marked Griffin’s first campaign of 70-plus games in five years, a threshold that he’s missed in six of his 10 professional seasons.