Bobby Portis Is Bringing an UNDERDOG Mentality to New York 🗽 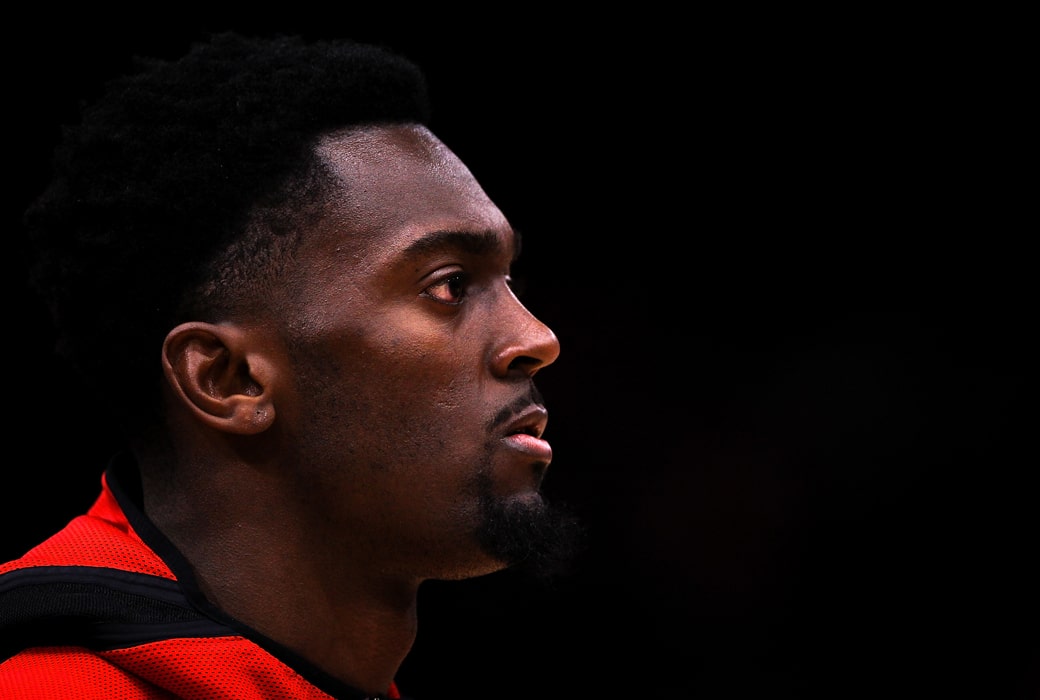 When did your underdog story begin?

Bobby Portis pauses for a second to gather his thoughts. In just a few weeks, that story will take yet another turn when free agency opens and he agrees to sign with the New York Knicks. It’ll be his third team in the last five months and his role as the underdog will only grow.

It’s hard to pinpoint when that all started. It feels like he’s always been an underdog.

He eventually settles on his sophomore year of high school in Little Rock, Arkansas. After starting on the varsity basketball squad for much of the season, Portis was suddenly and curiously moved to the bench. He watched from the sideline during their state championship game, playing merely two minutes.

In a way, it was a blessing. It served as motivation (he immediately vowed to spend more time in the gym). It prepared Portis for the many other slights to come. It was the birth of a mentality that lives on today—one that Bobby literally wears with pride.

Walking into NBA arenas, a silver “UNDERDOG” chain hangs from his neck. He’s planning to make custom t-shirts—not for sale, just for family and friends—with the motto printed across the front.

Scroll through Bobby’s social media pages and you’ll see #UNDERDOG everywhere. It’s more than just a mantra. Portis carries himself like an underdog—always fighting to prove something, never complacent.

According to his trainer, Alex Bazzell, Bobby has never cancelled a workout. He was late to one a few summers ago due to LA traffic and was so pissed at himself that he started showing up aggressively early. Bazzell would be 15 minutes into a session with another client and Portis would arrive.

“Obviously everybody’s path is different. Some people always had it, they made it to where they are and they’re successful. Some people had to go through things and grind through things to get there. I’m kind of really thankful for my journey. I think my journey is what made me the underdog.”

Truth be told, Portis was an underdog long before the 10th grade. He was basically born one.

His journey to NYC began in a far different place, where basketball is more of an afterthought and reaching the NBA seems unattainable. Growing up in Little Rock, there were examples for Bobby to follow—Joe Johnson and Corliss Williamson were two Arkansas natives he looked up to—but tales of those who never made it or never even got recognized prevailed.

“There’s a lot of guys from LA in the League. There’s Atlanta guys. You have New York guys. Texas, Dallas area,” Portis says. “Being from Arkansas, from Little Rock, we can only name like 3-4 players. I feel like we are all really underdogs. We don’t have that guy each and every year who’s going to come out of the draft.”

Bobby was raised by his mother, Tina Edwards, in an area often defined by its crime and violence. Along with his three brothers, he spent a lot of his childhood searching for stability. Edwards did all she could to provide for the family, getting up before sunrise and taking numerous jobs (Bobby attributes his work ethic to her), but financial challenges arose. They were kicked out of multiple apartments and spent nights crashing at the homes of others, with Bobby sometimes sleeping on the floor.

There was a hunger derived from all of this—his hometown, his upbringing, his critics. Portis internalized much of it and continued to chase that dream of the NBA. He’d create himself in video games, envisioning a 250-pounder who was unstoppable inside. After his unusual sophomore year, Portis blossomed into a McDonald’s All-American and earned a scholarship to the nearby University of Arkansas.

The player he imagined in “NBA Live” was largely the player he became: A 6-10, versatile, strong power forward who could finish at the rim and knock down jumpers.

“My approach is to go out there and give it all I got each and every night,” says Portis. “It’s not going to be guaranteed that you play well and this and that, but whether I’m having a good game or a bad game, I still go out there and give it 110% for my basketball team. I think that’s one of the biggest things that I do out there. No matter how well I’m playing or how bad I’m playing or how well the game is going for me, we’re all fighting in this together and I’m gonna give it my all for my guys that are out there with me.”

Like 15-time All-Star Kevin Garnett (one of his idols), Portis aspires to fit both the old school and the new school mold. He’s the enforcer in the paint and the modern stretch four. He does all the little things—set good screens, dive for loose balls—and has the ability to take over games with his scoring.

At Arkansas, he was named the 2015 SEC Player of the Year, beating out Kentucky stars such as Karl-Anthony Townsand Devin Booker. He entered the ensuing NBA Draft but somehow fell all the way to the Chicago Bulls at No. 22. It was yet another eye-opener. Despite his success, Portis found that he was still the underdog.

“Just from the start with him being drafted 22nd, I think he has always felt like people have slept on him,” says Bazzell.

His playing time has fluctuated and injuries have been an obstacle, but Portis has steadily improved each season and clearly displayed an impressive skill set. Per-36 minutes, he’s averaged 18.2 points and 10.9 rebounds for his career. There should be little question about his potential at this point. He’s 24-years-old, has already put up big numbers and is incredibly driven to become great. Yet for Portis, doubt seems inevitable now.

He was blindsided by a trade from Chicago to Washington at the 2019 deadline, feeling as though he was a key part of the Bulls’ ongoing rebuild. During his stint with the Wizards, he posted 14.3 points and 8.6 rebounds per game, shooting 44% from the field, 40% from three and 81% from the line. He had a few monster performances, too: 30 points in 27 minutes against Cleveland, 26 and 12 against Minnesota, 28, 13 and 4 steals against Utah.

Still, Washington was fine to let Portis walk in free agency, paving the way for him to join New York on a two-year, $31 million deal. The next chapter for Portis starts now and the theme is the same.

With Knicks fans understandably frustrated that the franchise missed out on Kyrie Irving and Kevin Durant, little has been made of the guys they did manage to sign. A local paper even mistook Portis for Bradley Beal.

You might not know much about Bobby or the road he’s taken here. You might not expect much from him either. That’s OK, though. It’s hard to remember a time when he wasn’t the underdog.

“If I could look ahead a little bit, I could see myself being an All-Star one day,” he says. “That’s my goal. I want to be an All-Star. If you asked a thousand people, I bet you most of them would say I’m crazy to say that. But that’s that underdog mentality that you have to have. I know that when I step out there, there’s a lot of people that doubt me.

“You know, I love being doubted.”