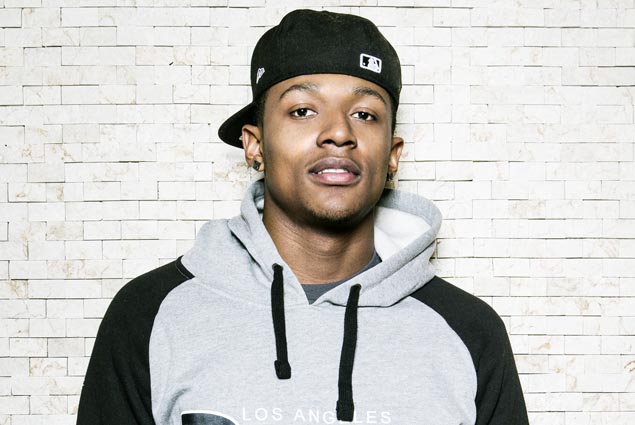 as told to Tzvi Twersky

Hey guys, it’s Brad. I’m excited to be doing this all summer.

Right now, I’m just chilling. I’m still rehabbing. I have about another two weeks or so until I’ll be done.

Being injured has really put things into perspective, in terms of mentality and how much you actually love the game. Being hurt sucks, because you’re just watching and you want to go work out or do something basketball-related. At the end of the day, it is what it is. Although you can’t play it, you still have to figure out a way to learn the game. That’s all I’m doing.

I didn’t watch the Finals in person, but I watched them on TV. It was definitely a great way for the NBA to end the year. That was the greatest thing about it: you had two great teams battling and it was, Let the best team win, basically.

That shot by Ray Allen in Game 6 was a tough shot. He was backpedaling, and he didn’t even look down to see if it was a three. That’s just knowing the court, having a high IQ and basically being one of the best shooters to ever play. That was tremendous. Just his ability to be able to do that, to still do that.

I watched the Finals differently than I ever have before. Now I watch the whole game and try to learn things. When I was younger, I used to just watch the third and fourth quarter. It’s definitely a different perspective; I have a new realization of things. Like I said before, it was a great way to end the season.

[The Washington Wizards] are not going to be able to jump in and make the Championship game next year—it’s definitely going to take time and chemistry to build up to that. But I love our chancing of making it to the Playoffs next year.

It’s crazy that I was already drafted a year ago. I remember being in high school two years ago. Everything is happening so fast. To see all my dreams become realities, it’s a great feeling. To see my rookie year go by so quick? That’s the craziest thing I’ve ever been a part of.

I stepped back and just appreciated the moment a lot this past year. I did a lot during the season, and definitely when I got hurt. That’s when I really realized, Wow, I’m actually here, playing against these guys, living my dream and doing what I love to do. I couldn’t ask for a better job to have, and couldn’t be in a better place or city.

I remember being nervous as hell on Draft day last year. I’ve never ever been that nervous in my life. I almost broke down. I was like, Where am I going?! I didn’t know what was going on. As soon as [Mike] Kidd-Gilchrist got drafted, I knew I was going to Washington for sure. It was a big relief.

Otherwise, since the season ended I’ve just been chilling. I’ve been listening to a lot of music, playing a lot of video games. I’m actually stepping my video game skills up a little bit. Been playing mostly NBA 2K and Madden. My 2K game has stepped up a lot, though. I play with us sometimes, but I usually play with the New York Knicks or Denver Nuggets. And in Madden, I play with either the Baltimore Ravens or the Houston Texans. Oh, and sometimes San Fran [49ers].

New music? I haven’t listened to Kanye’s album. I can’t even listen. I heard some mixed reviews, and I heard it was nice, but I’m not even going to. J. Cole’s album is tough. I think Wale’s album is stupid. I went to a little concert of his a few day’s ago; he has some bangers on that joint. That’s about it for real. That’s all I’ve got so far this summer.

I’ve also just been hanging out, for real, nothing too crazy. Just chilling with my brothers. I’ve been going back and forth between DC and home (St. Louis). When I come back home—a lot of my guys play ball—we try to go eat and I watch them play. It’s good to be able to catch up a little bit. I also went back to Chaminade, my high school, seen kids, and I have a camp coming up too. It’s definitely going to be a fun summer.

When I was a kid, there weren’t any real NBA camps around. I think Larry Hughes may have had some. I went to one of David Lee’s. He went to my high school, so I worked his camp. But I never really attended camps when I was younger.

My camp is going to be July 1 to 3. This is my first camp ever. It’s going to be back at my school, with boys and girls. It’s an opportunity to give back, help out kids and just have fun. It should be an experience for the kids, and a chance for them to learn the game a little bit. I just want to show I care and appreciate my hometown. I’ll probably end up having one in DC as well.