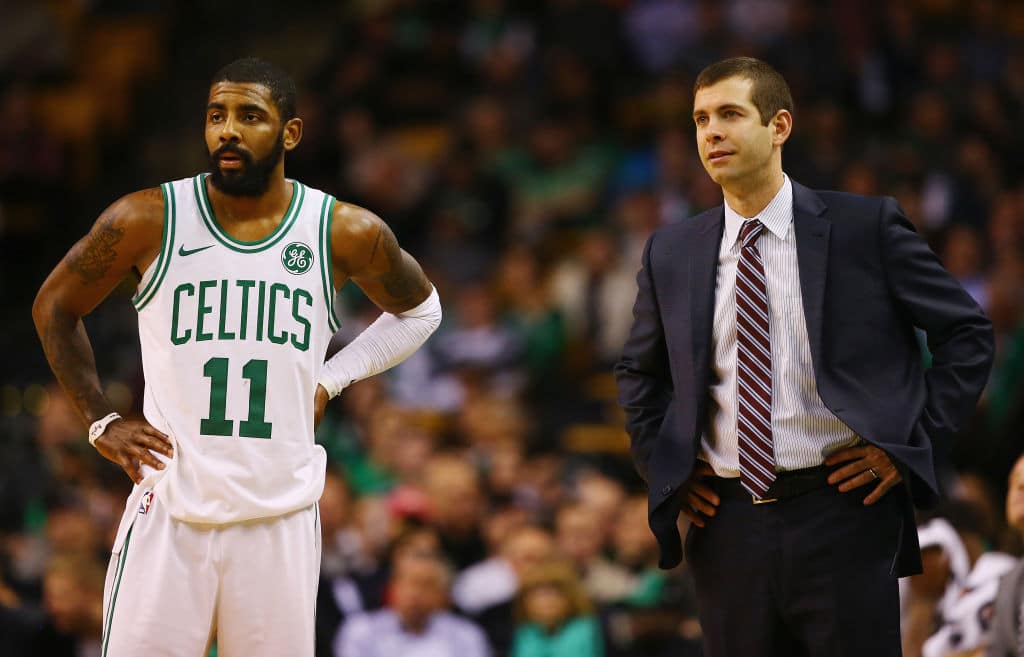 Stevens on whether Irving has put all or most of his moves on display during workouts: "Oh, he's got them."

Gordon Hayward has also bounced back from injury and is playing without restrictions.

There was, for instance, the sight of Irving putting his moves back on display.

“No, yeah. He’s got them. He looks pretty good,” Stevens said after yesterday’s Shamrock Foundation golf tournament at Old Sandwich Golf Club. “I saw him this morning at the facility and he looks good. He’s worked really hard, I think he’s really excited and it’s good to see that. I think both he and Gordon will appreciate all the little things and all the mundane things even more, because Kyrie’s had the end of the season taken away from him twice in the last four years, and the one with us last year was such a shock because of the unfortunate event with the infection.”

Two knee surgeries later, Irving is ready for a full training camp, while Hayward is returning from an even more traumatic experience — a fractured lower leg that wiped out his entire first season as a Celtic.

“He’s been really diligent all the way through his rehab,” said Stevens. “I watched him go through the steps of working out to one-on-one to 2-on-2 to 3-on-3 and 5-on-5 in some of the open gyms the guys are having. Like anything, there’s always going to be a period of adjustment. From my eye and anybody else who has watched, he looks like he looked before.”