Breaking Down the Finals with Pooh 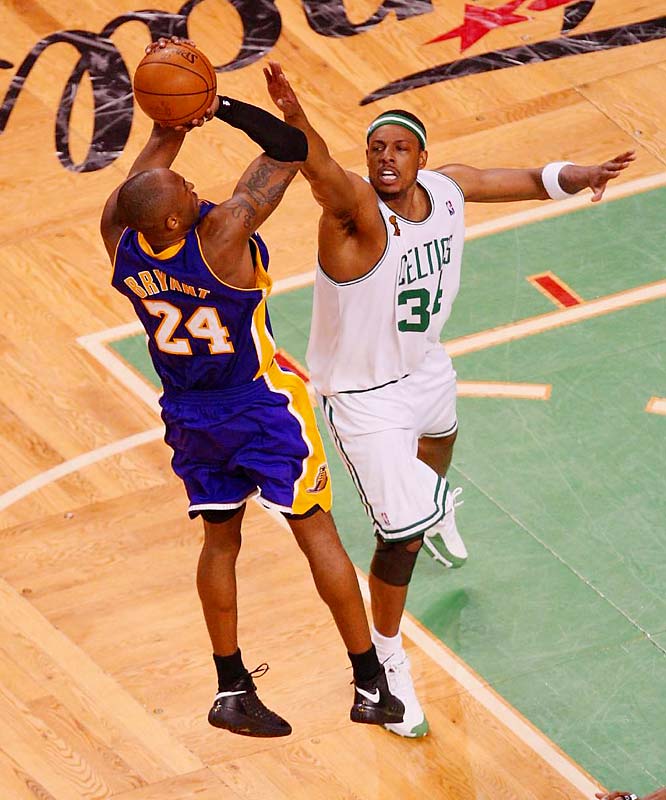 Coaching: Don’t get it confused people. Normally you would look at the amount of rings each coach has and automatically give the coach with the most rings the advantage. I don’t believe that is the case here. Doc Rivers has probably done his best job with this group in the 3 years that he has had them together. The only thing Doc was concerned about in the regular season was making sure his team was healthy going into the playoffs and he felt they could flip the switch and become the type of team they were 2 years ago. He has managed the minutes of his veterans and gotten the most out of Glen Davis and Tony Allen. He may even have found another spark on the bench by going to little used Nate Robinson in the Orlando series. Let us not forget about the genius of Phil Jackson at the same time. Where Phil earns his money is managing the different, sometimes eccentric, personalities on his roster. Those explosive personalities tend to be with important pieces to the puzzle and this year is no different. The way Phil has managed Ron Artest is one of the reasons why the Lakers have a legitimate shot at beating the Celtics this year.

Home Court: The Lakers are fortunate to have home court advantage for two reasons. First, reserves normally play better at home than they do on the road. The comfortable confines of knowing the court, sleeping in your own bed, and not worrying about the crowd booing you has a way of making the 12th man feel like an all-star. Second, if this series is to go 7 games, who wouldn’t want to play that final game in their own arena? I know the Celtics have been playing dynamite on the road this year, but it’s the Staples Center. It’s Game 7 of an NBA Finals against the Lakers. I’m putting my money on the Lakers if that is the scenario.

Bench: I want to give this category to the Lakers for one reason: Lamar Odom. The Celtics can’t say that they have a starter coming off of their bench. Odom has the ability to come in and change any game he decides to actually play in. A double-double machine that will give any four matching up against him fits because of his ability to play on the wing. Phil Jackson has done an amazing job of player rotations for really having much of a bench past Odom and the occasional Shannon Brown/Jordan Farmer sighting. I have to give the advantage to the Celtics at the end of the day because Doc Rivers can put in 4 different players who can change the momentum of a game: Rasheed Wallace, Glen Davis, Tony Allen, and, now, Nate Robinson.

Starters: On paper, the Celtics actually have the advantage. Rondo is playing lights out, Ray Allen is playing lights out, Paul Pierce can explode at any moment, Kevin Garnett is playing his best ball this year (thank Antawn Jamison for getting him warmed up), and Kendrick Perkins is providing that nastiness on the backline necessary for any championship team to knock off a formidable opponent. With all of that said, how can you go against Kobe Bryant at this point in the playoffs? I saw what he did to Phoenix. I see how he seems to have found some rejuvenation juice since the Utah series. Derek Fisher is doing nothing but making timely baskets, while Paul Gasol is just about unstoppable when he wants to be. Ron Artest is the wild card in this lineup offensively. When he is taking shots within the triangle and playing under control, he makes you pay for trying to help off on Kobe. Andrew Bynum is also a question mark—with his knee still bothering him—but he is showing toughness this year by playing through the pain and providing enough of a presence at the start of ball games. The key will be how Phil Jackson chooses to defend the backcourt of Boston. There’s no doubt in my mind that Kobe will have to guard Rondo at some point in this series, but when? And even if Fisher starts off on Rondo, do you put Kobe on Allen and force him to work so hard defensively from the opening tip of the Finals? Whatever answers Coach Jackson comes up with; Kobe will have his work cut out for him on the defensive end and offensive end this year.

Ultimately, I believe the Lakers will win out in 7. This will be another classic Lakers-Celtics series just as they were in the 60’s, 70’s and 80’s. I know David Stern has an orgasm every time he thinks about this year’s finals match up. These are the two most storied and championship-winning franchises in the League and here they are once again, competing for the Larry O’Brien Championship Trophy. In the basketball history books, you can now add Pierce, Allen, Garnett, Kobe, and Gasol to a storied rivalry to sit alongside the names of Russell, Chamberlain, Bird, Magic, Abdul-Jabbar, and countless others. While most players are not talking about or focused on the history of the series, I guarantee it isn’t lost on any of them as they take the court for opening tip. Kobe, probably the game’s most studious pupil, still remembers the beating they took two years ago at the hands of these same Celtics and, in the words of my friend Roscoe Umali, “none does revenge like Kobe, none!”