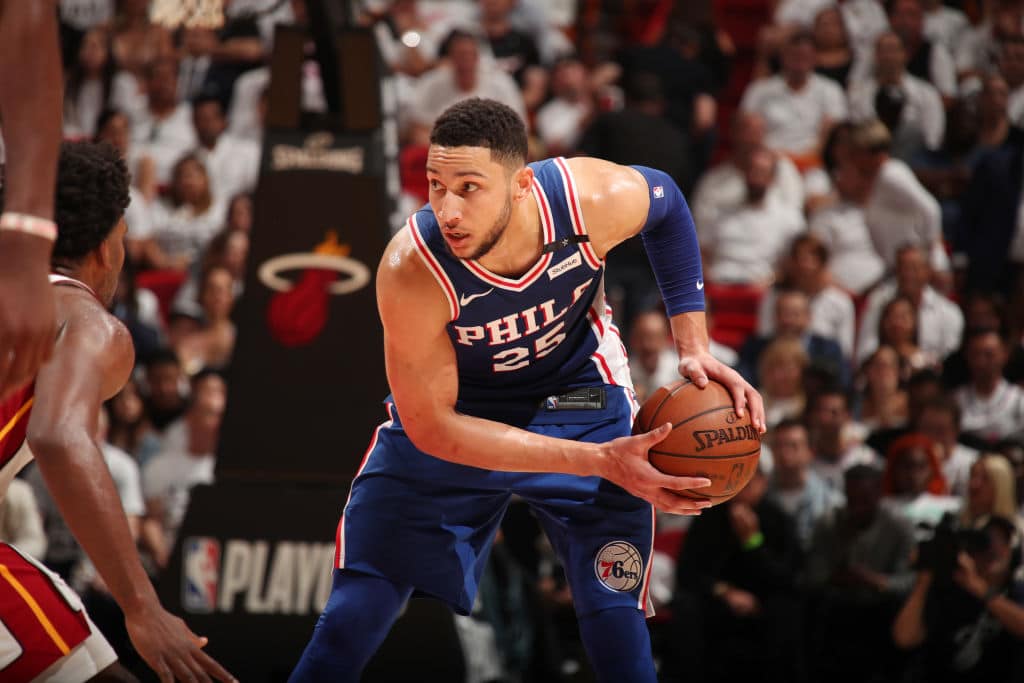 Ben Simmons has been hard at work this summer on his jumper, but head coach Brett Brown says he won’t be defined by it.

Markelle Fultz, the top pick in the 2017 NBA Draft, has also spent plenty of time in the lab tinkering with his jumpshot.

“His jump shot’s not going to define him,” Brown said Tuesday. “At some point, it will sure help. But I have aspirations, ambitions for him where I want him to feature on an all-defensive team. I personally want to post him more. I look forward to using him as a screener and giving Markelle the ball and let him roll out of it, that Blake Griffin-sort of half-roll and go to dunk.”

“Imagine if he can score one more point, it translates to like three to five more wins,” Brown said. “When I look at how you’re going to do that, that’s one way that interests me, let’s just get him more free throws. Can you finish, can you be a better free-throw shooter than you were in the regular season? He has to be.”

Related
Ben Simmons: ‘I Know I Have a Lot More to Give’