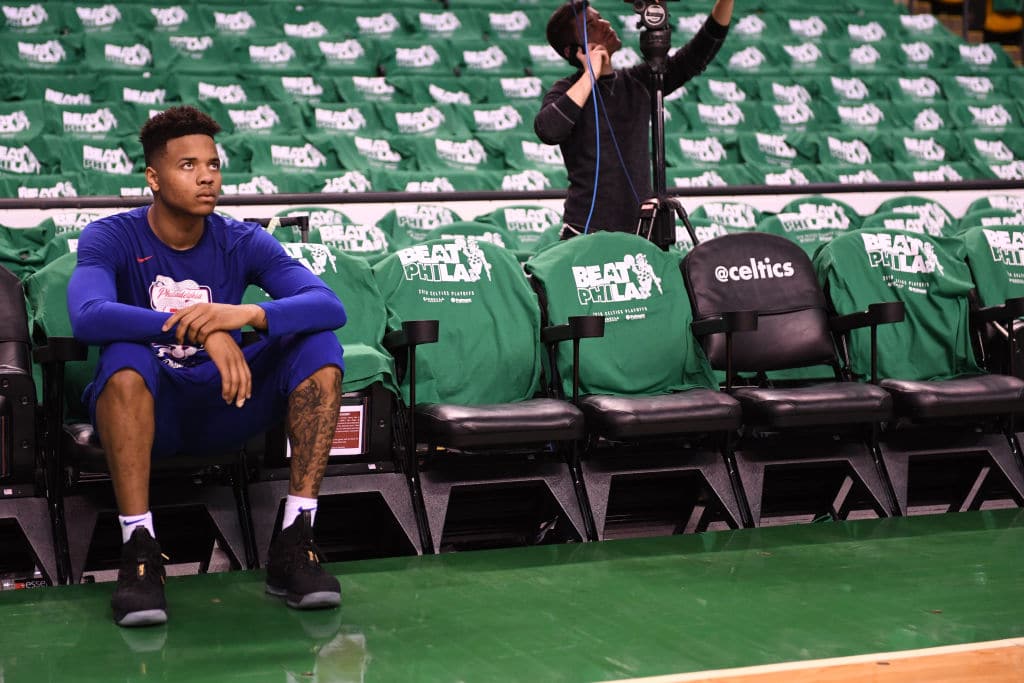 Sixers rookie guard Markelle Fultz is not “dead and buried” according to head coach Brett Brown.

The 19-year-old didn’t get off the bench Monday night in Philadelphia’s 117-101 Game 1 loss to the Boston Celtics—his third consecutive DNP-CD—with Brown opting instead to go with backup TJ McConnell.

Brown says there is still a chance Fultz plays in the second-round series.

Because he played the entire season, the Sixers consider McConnell the better option.

“To say he’s dead and buried, that’s not true,” Brown said. “But I got a decision to make, and I’ve made a decision.

“That doesn’t mean it’s etched in stone. It’s always something that you review and I think about. And the care for Markelle Fultz and his future is always on my mind.”

The coach, however, added that Fultz is “not dead and buried.”