Brooklyn Nets Nest Atop Eastern Conference for First Time Since 2003 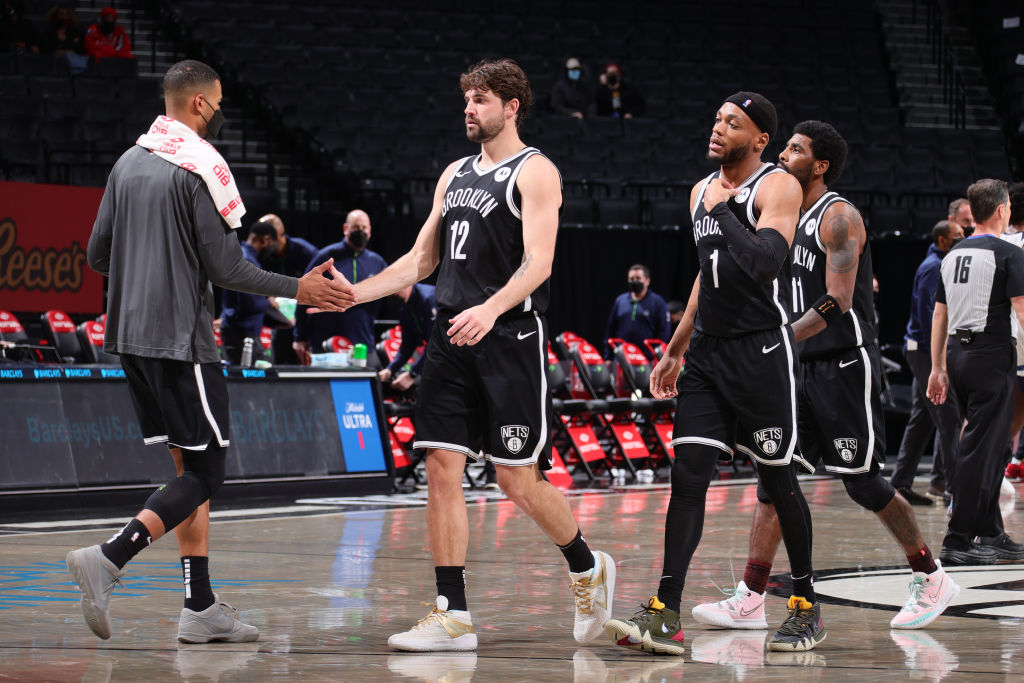 With a plethora of recognizable names on the roster, including superstars and former All-Stars in James Harden, Kevin Durant, Kyrie Irving, Blake Griffin and LaMarcus Aldridge, the Brooklyn Nets have arguably the most talent in the entire NBA.

Now, winners of eight of their last 10 games, the Nets have taken control of the top spot in the Eastern Conference standings with a 34-15 record.

According to the Elias Sports Bureau, the Nets have sole possession of first in the Eastern Conference (multiple games into the season) for the first time since April 2003. In those days, the Nets franchise called New Jersey their home instead of Brooklyn.

Equipped with the best team they’ve had in over two decades, the Nets are considered the favorites to make it to the NBA Finals out of the Eastern Conference Finals, with many also believing that Brooklyn will be the most challenging team to face in the upcoming playoffs.

It’s interesting to note that, despite how well they’ve played this season, the Nets have played 30 games without All-NBA forward Kevin Durant. In addition, with Griffin and Aldridge being fairly new to the team, their depth hasn’t been displayed in full force quite yet.

Already one of the hottest teams in the NBA, the Brooklyn will only continue to get better.