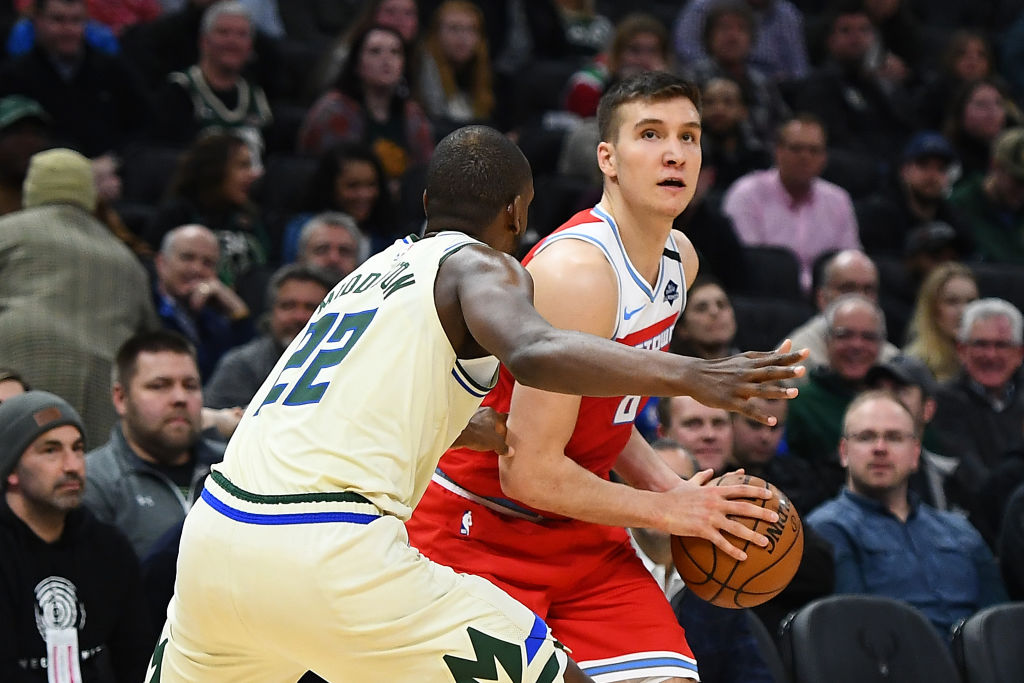 The Milwaukee Bucks are in the midst of acquiring Bogdan Bogdanovic from the Sacramento Kings, Adrian Wojnarowski of ESPN reports. The 28-year-old is a free agent, so he’d be acquired via a sign-and-trade deal.

To the Kings in the swap are Donte DiVincenzo, Ersan Ilyasova and D.J. Wilson.

The move further fortifies a Bucks rotation that is intent on improving upon its early exit from the 2019-20 postseason. Earlier on Monday night Milwaukee was reported to be on the verge of acquiring Jrue Holiday.

Bogdanovic came to the NBA as a seasoned 25-year-old and has been a reliable perimeter scoring option for the Kings since. He averaged 15.1 points per game for the team in 2019-20.

By executing a sign-and-trade deal, the Bucks will hard cap themselves, which means that they can’t exceed the tax apron. That figure is around $139 million.

The move gives Sacramento an additional young guard in DiVincenzo, a potential frontcourt rotation piece in Wilson and a veteran on a non-guaranteed deal in Ilyasova.