Bucks GM: Giannis Antetokounmpo ‘Will Be Offered a Supermax Extension’ 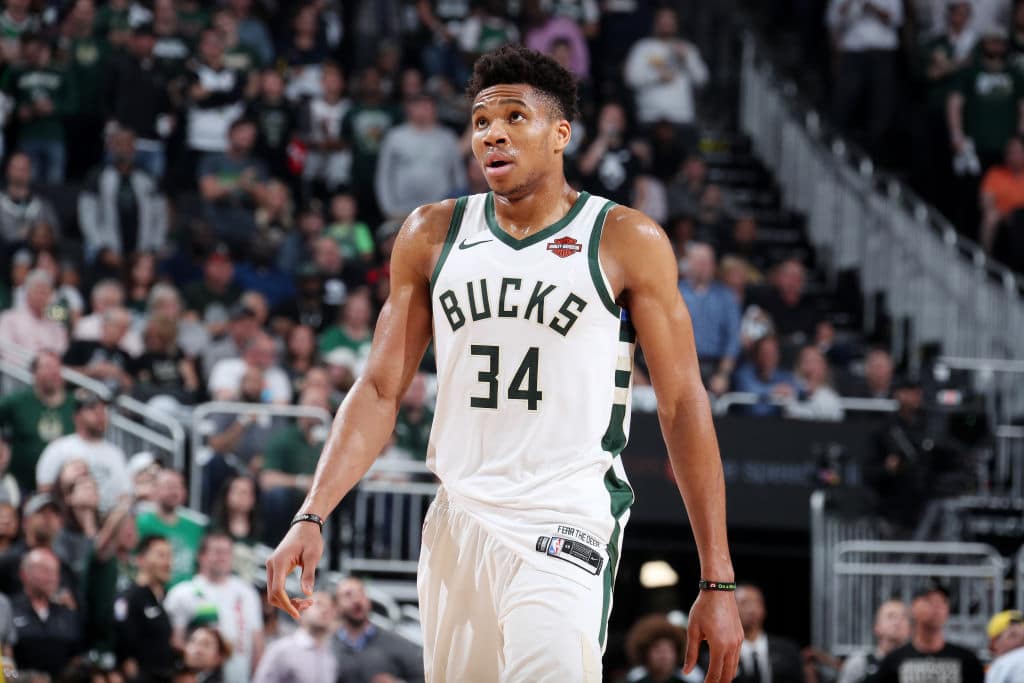 Giannis Antetokounmpo, d’uh, “will be offered a supermax extension” by the Bucks when he becomes eligible next summer according to general manager Jon Horst.

Antetokounmpo, 24, is under contract for two more seasons⁠—for a total of $53 million⁠—but will be able to ink a five-year deal worth an estimated $247 million after winning MVP last season.

The Greek Freak has long professed his loyalty to Milwaukee, and is widely expected to re-up with the Bucks.

“First of all, the answer for now is that we can’t talk and negotiate anything,” Horst said at a recent town hall event in Milwaukee.

This is a team that heads into the coming season as a title contender and Antetokoumpo wants to keep the pressure on so the team doesn’t make cost-cutting moves that hurt them on the court.

“[Head coach Mike Budenhozer] and I talk about this all the time. It’s our responsibility to create an environment, a culture, a basketball organization where our players want to come to work everyday, players that they want to play with everyday, and they want to win at the highest level. And we’ve taken great steps towards that last year. We’ve continued to build on that. We’re going to continue to build on that. I think we all fully believe that if we continue to put the right things in place and give Giannis the right opportunities — he loves Milwaukee, he loves the state of Wisconsin — I think he’ll be a Buck for a long time.”

Related Giannis Antetokounmpo: ‘I Am at 60 Percent of My Potential’