‘Bums’: Klay Thompson Calls Out the Cavs for 3-1 Pettiness 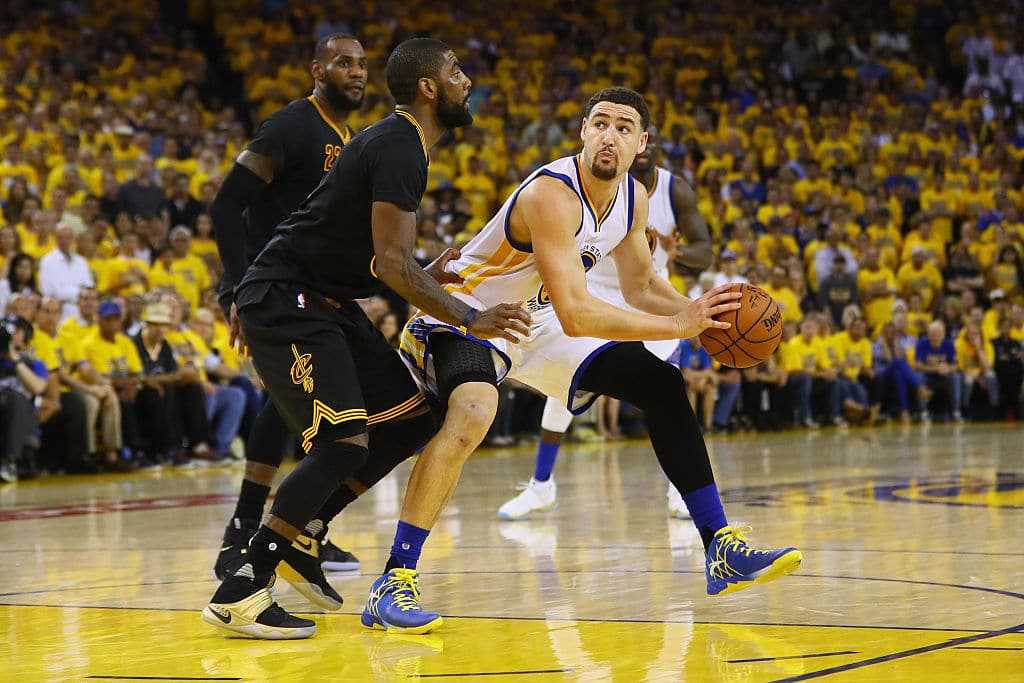 Klay Thompson remembers all of the jokes made at Golden State’s expense after it blew a 3-1 NBA Finals lead in 2016 against Cleveland.

Thompson calls the Cavs “bums” and “idiots” for all of the trash talk that ensued, and says their pettiness “gets you 1-8 in the Finals.”

The Warriors return to Cleveland tomorrow. What kind of reception do they expect? What are their memories of the now dead rivalry? Do they think about their part in breaking the Cavaliers up? Talked to the main guys about it. https://t.co/XK7fSJC38O

Others had different favorites, on and off the court, especially when you mention the city of Cleveland, where Klay Thompson said he still has “fond memories,” adding that visiting this week “won’t be the worst thing in the world.”

“Definitely dinners at Morton’s,” Klay said. “That’s a favorite. Had a great time there.”

“Oh, yeah. Ha!” Klay said. “That was funny. Look how that turned out. Psssh. Bums. That was crazy. I forgot about that. Well, look at what pettiness gets you. Gets you 1-8 in the Finals. Idiots.”

Related
Klay Thompson: Warriors vs Raptors ‘Might Be a Preview of June’