Carmelo Anthony: George Karl’s Comments Are ‘Irrelevant to Me’ 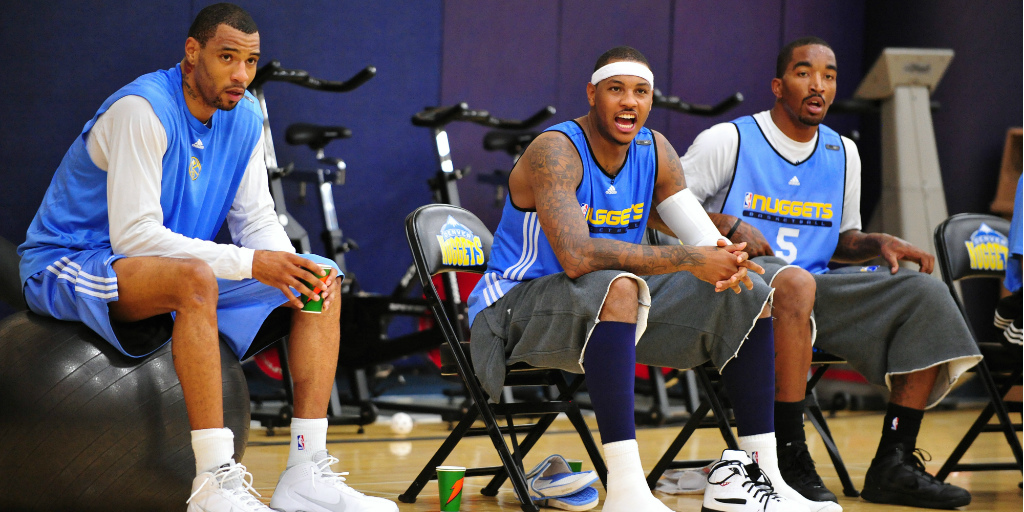 Yesterday, scathing excerpts from George Karl’s memoir, Furious George, that ripped Carmelo Anthony, JR Smith and Kenyon Martin circulated throughout the media. Karl called the trio, who he coached in Denver, “AAU Babies” and criticized Anthony and Martin for growing up in father-less homes.

After last night’s game against the Magic, Melo, as he usually does, took the high road and said that he hopes Karl “finds happiness” and that his former coach’s comments are “irrelevant” to him.

“I just hope that he finds happiness in what he’s doing. His book, hopefully, will bring him happiness,” Anthony said Thursday night, adding that he isn’t disappointed by Karl’s remarks.

“I’m past being disappointed,” he said.

“It’s irrelevant to me. It’s irrelevant at this point,” Anthony said. “The truth of the matter is everybody else is kind of speaking up for me from their own experience. So I really don’t have to speak on it.”

Smith, Martin and other players took to Twitter to respond to Karl:

The Nerve of an AWFUL AND COWARD ASS COACH. More to come

I didn't have a father going up. We all know that. What's George Karl excuse for being a terrible person

George Karl is selfish,unhappy,missable,,cowardly person. No wonder he's be fired every place he has coached

The book he is writing is full of lies and deceit. By far the worst coach that ever played for

Talking bout Melo didn't like defense. Hell he never coached defense. How does that work

I had some good Denver Nuggets Teammates. That dude is old and unhappy with himself.