Carmelo Anthony: ‘My Story is Far from Over’ 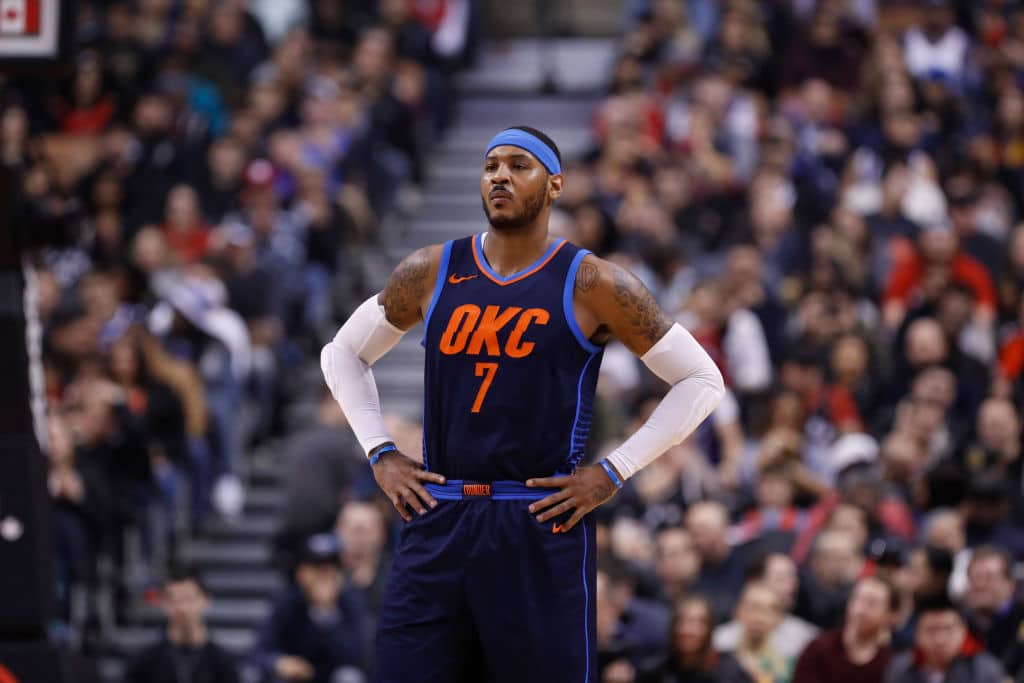 Carmelo Anthony, in a farewell letter to Oklahoma City, writes that his story as a basketball player is “far from over.”

Melo thanked the Thunder organization and its fans for their brief time together last season.

.@carmeloanthony wrote a letter thanking the Thunder organization and fans for his season in Oklahoma City: https://t.co/UcuD0dYGTx pic.twitter.com/IbFEkZcmli

Anthony, 34, inked a one-year, $2.4 million deal with the Houston Rockets.

“IN LIFE, I’ve learned that things don’t always turn out how you want,” Anthony continued in his letter. “I wanted nothing more than to make it work here & help bring this city a championship. I’m sorry it didn’t work out while I was here.”

Anthony’s seven months in Oklahoma City weren’t a complete failure. He was part of one of the most effective starting lineups in the NBA — 14.2 points per 100 possessions better than the opposition. Anthony, Russell Westbrook, Paul George, Steven Adams and Andre Roberson were gelling on offense and defense until a season-ending knee injury to Roberson in January struck a major blow during the Thunder’s longest winning streak of the season.

“This chapter of my career may be coming to an end,” Anthony wrote. ” … but my story is far from over.”