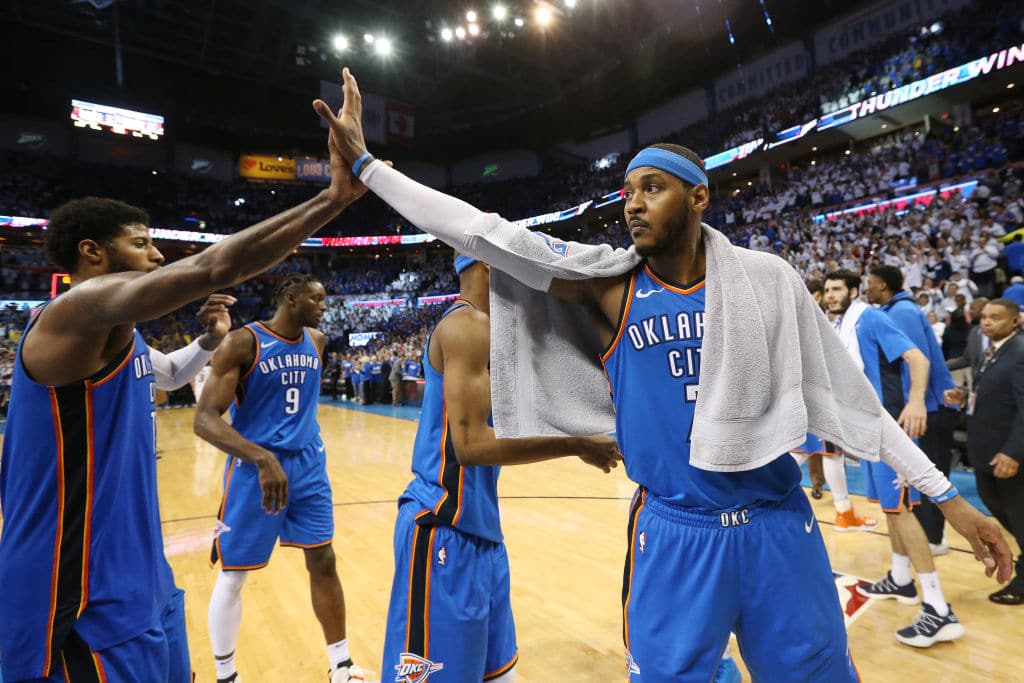 The OKC Thunder’s remarkable comeback in the second half of Game 5 against the Jazz extended their season, and Carmelo Anthony watched most of it from the bench.

As the series shifts back to Utah for a do-or-die Game 6, Melo hopes for more playing time, but says he wouldn’t protest if head coach Billy Donovan goes with someone else Friday night.

Assistant coach Maurice Cheeks attempted to console a visibly frustrated Anthony as OKC roared back from a 25-point deficit to earn an improbable 107-99 victory.

“I think for me, my competitive nature just took over, wanting to be a part of kind of that atmosphere and that game, and really not wanting to go home. That’s it.”

Before wrapping up with the media, Anthony closed with a snippet that signaled sacrifice, but summed up his unwavering confidence and hinted at the ego management Donovan’s had to major in since the future Hall of Famer arrived two days before preseason camp.

“If the guys have it going out there, there’s no reason for me to be upset,” Anthony said. “Of course, I want to be in there and be a part of that, but in Game 6 if they have it going, I’ll understand … but hopefully we won’t be in this situation again.”