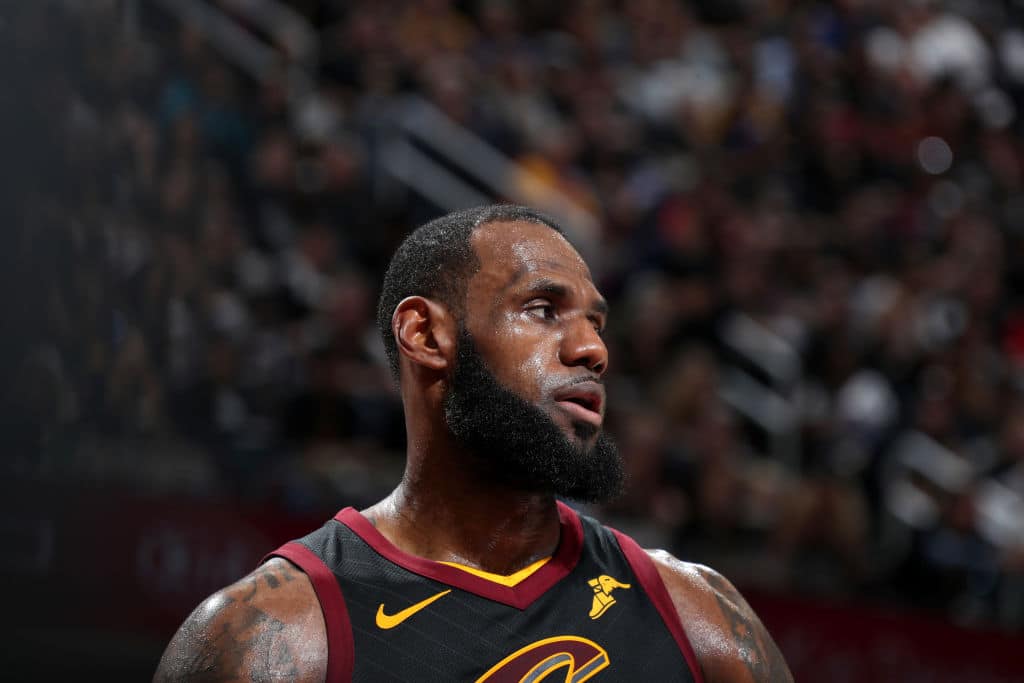 Altman says James has earned the right to take his time to plot out his future.

New story: Koby Altman says the lines of communication between him and LeBron's camp are open with a week to go until LeBron has to inform Cleveland of his contract decision for next season https://t.co/WzA6E15sbE

“We continue to have good dialogue with his management team,” Altman said Thursday after the Cavs drafted Alabama point guard Collin Sexton with the No. 8 pick. “I think LeBron has more than earned the right to approach his contracts the way he does. He’s done that before, so this is nothing new for us.

“We want to respect his space during this process, and I continue to have really good dialogue with his management team as he goes through that process. That’s probably all I can say at this point regarding him, but we don’t take him for granted. We love him, this city loves him. He means the world to us and this franchise.”

Altman was asked whether James would have the patience to play alongside a 19-year-old rookie point guard in 2018-19, which will be James’ 16th season in the league.

“That’s a great question,” Altman said. “He went through it this year a little bit with some of our young guys, especially in the playoffs. What’s amazing, he talks about this all the time — the best teacher is experience. And our guys, our young guys, got some really good experience this year. And while it wasn’t consistent throughout the playoffs, each guy picked that [up], had their moments. And we went through two Game 7s and got to a Finals, and that experience is a huge teacher for those guys. So that experience is amazing for them and their confidence level as they approach next year. And then Collin, we got to get there with experience as well. But like he says, experience is the best teacher, and we gave those guys a great experience over 30 games and into the playoffs and into the Finals, and what does that mean for us moving forward, I think it’s all really positive.”