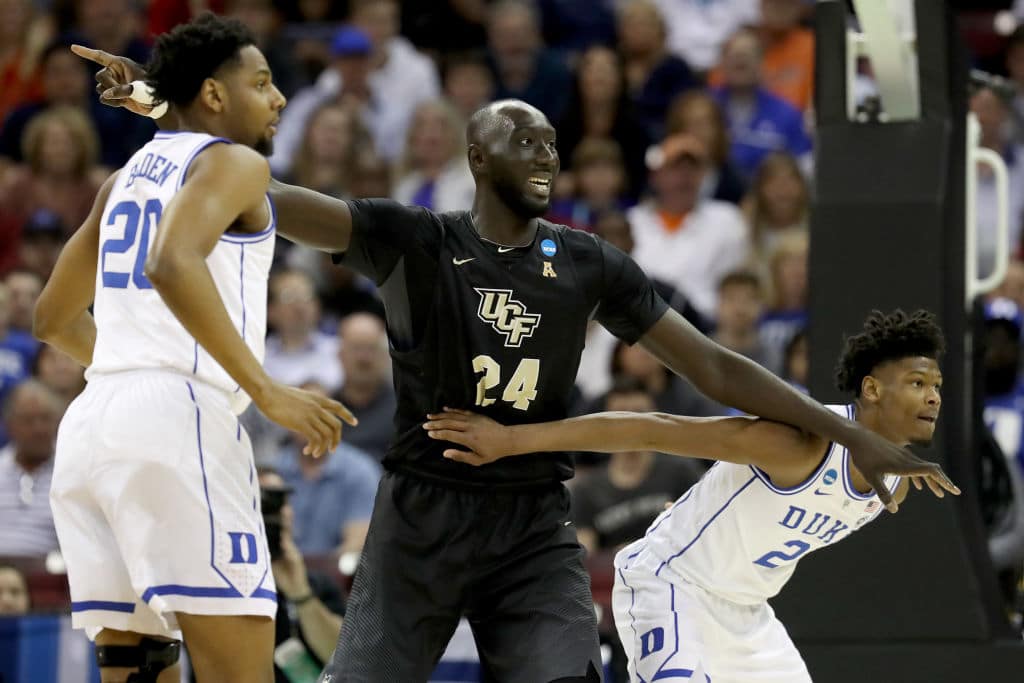 An Exhibit 10 contract is a one-year, minimum salary NBA contract with a specific Exhibit 10 attachment built into it and no other bonuses. These attachments are not present in every NBA contract, only deals in which both parties have agreed to include it.

Exhibit 10 attachments allow the NBA team to convert a player’s one-year, minimum contract into a two-way contract but this has to occur prior to the start of the regular season.

These one-year deals are often non-guaranteed, which lets NBA teams waive the player and remove their cap hit from the team payroll.

Exhibit 10 attachments allow players to earn a bonus of $5,000 to $50,000 in the event that they are waived by the NBA team, then sign a deal with that franchise’s G League affiliate* and remain with that affiliate team for 60 days.

This bonus $5,000 – $50,000 bonus, which does not count against the NBA salary cap, is in addition to the G League salary the player would also collect in this particular scenario. If a player’s Exhibit 10 contract is converted to a two-way deal, the Exhibit 10 bonus converts to guaranteed salary.

NBA teams may have no more than six players with Exhibit 10 attachments in their contracts on their roster at any given time and these contracts may not be extended or renegotiated.

*NBA teams without G League affiliates can not benefit from this particular aspect of the Exhibit 10 attachment, although they can still offer these contracts.