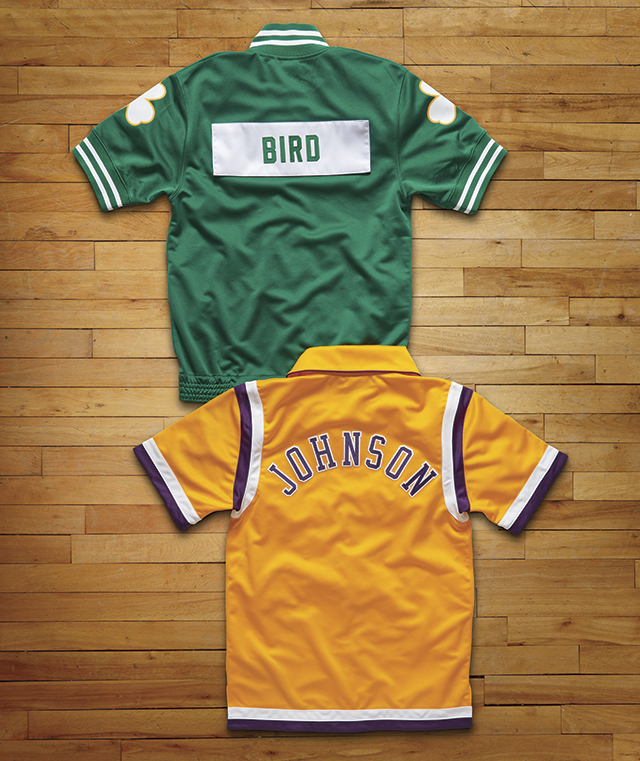 When the Los Angeles Lakers traveled across the country in 1985 to play the sixth game of the NBA Finals in Boston, they did so without GM Jerry West. The Logo had endured six championship round losses to the Celtics, and he had become convinced that he was responsible for the  Lakers’ futility. In West’s mind, he was a human cracked mirror. It didn’t matter that L.A. had a 3-2 lead in games and two chances to close things out. Bitter memories of crushing defeats haunted him, and he stayed out in California. Losing to Boston had been so hard for West that the idea that it could happen again—as it had the previous season—revolted him. “He thought he was bad luck,” says Pat Riley, coach of the ’85 Lakers. “He was cursed, because he lost all those games in the ’60s. He wouldn’t even go to the games.”

The Lakers had lost a pair of championship series to the Knicks during West’s 14 All-Star seasons with the franchise. They fell to Milwaukee, St. Louis and San Francisco in the Western Conference finals. But none of that stung like being subdued by the Celtics. Again and again.

So, West stayed home. And the Lakers won. It was a coincidence, of course, unless it wasn’t. In order for L.A. to get rid of the historical “albatross” that Riley believed the team carried, West just couldn’t be there. But everybody else could. By the time the two teams met in ’85, they had defined professional basketball in a way that wasn’t replicated anywhere else. They only  met three times in the Finals during the 1980s, but so much of professional basketball depended upon their rivalry. Players like West, Elgin Baylor, Wilt Chamberlain, Bill Russell and Sam Jones may have ruled the ’60s, but the relationship between the two teams was one-sided then. In the ’80s, it was Larry Bird vs Magic Johnson in a made-for-TV struggle that saved the League from its messy 1970s self.

That’s no understatement. Without Bird and Magic, the NBA might still be showing its Finals games on tape delay at 11:30 Eastern. Those two turned a sport that was in complete chaos into an athletic happening, and their battles made the Lakers-Celtics rivalry real for all basketball fans. The teams played twice a year during the regular season, and just about everybody tuned in. When they locked up for the Big Prize, it became a national obsession.

Boston had beaten the Lakers in 1984, and Riley still blames himself for a Game 2 decision that led to a Celtic victory. In ’85, when L.A. finally broke the string of seven straight Finals losses to its ancient rival, everyone who had ever donned Forum Blue and Gold rejoiced.

“Without a doubt, ’85 was the gold standard of Championships for me,” says Riley, who also won a title as a player with the Lakers in 1972.

It took some time for the rivalry to reach its pinnacle in the ’80s. The Lakers played Philadelphia for the title three times (1980, ’82 and ’83) before L.A. met the Celtics in the Finals. Sure, those Lakers-Sixers series were great, what with Magic playing hero in Game 6 back in ’80, Dr. J’s aerial acrobatics earlier in that series and the fo-fi-fo Sixers breakthrough in 1983. And Philly-Boston had plenty of fascinating storylines, not to mention a substantial dose of misery for Sixers fans. But nothing could match the allure of Boston and L.A.

Even though the NBA was still on the sporting outskirts in the 1960s—well behind baseball and football—the Championship series between the two teams had featured enough star power to fill the Hall of Fame. The ‘80s editions were packed with talent, too. L.A. had Kareem Abdul-Jabbar, James Worthy, Jamaal Wilkes and Byron Scott. Boston countered with Kevin McHale, Robert Parish and Dennis Johnson. But the real allure of the rivalry at its apex, more so than the history and list of superstar players, was the magnetism of Bird and Magic.

Johnson was so charismatic that he even stoked the smoldering embers in the stoic Abdul-Jabbar. Fans couldn’t help but tune in to see the next no-look pass or breakneck fastbreak, all accomplished with a wide smile that seemed to indicate a childlike love of the game. Bird had no such outward sign of basketball joy, but that didn’t mean his passion for the game was any less robust than Magic’s. He thirsted to win and played with a quiet fury that provided a perfect counterpart to Magic’s joyful approach. Though they spent their careers 3,000 miles apart on the map, they will be forever linked to the NBA’s renaissance. And by providing so many highlights and so much drama during their regular season and Finals encounters, the players brought the NBA into the sporting and cultural forefront.

It doesn’t matter today whether Boston and the  Lakers are struggling to regain their championship personalities. When they reemerge, the basketball world will be waiting, just as it was when the teams met for the title in 2008 and 2010. The best rivalries never stop. They simmer. And when the flame rises again, everybody feels the heat. And loves it. Even Jerry West.

Michael Bradley is a Senior Writer at SLAM.

Dennis Schroder Opens Up About His Transition From LA to Boston