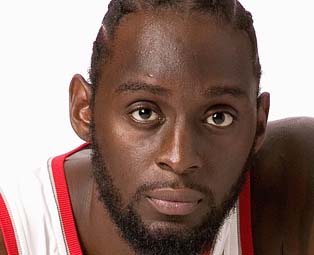 If you thought the NBA has seen enough of Darius Miles, well, think again. The defending champs announced today that they signed Miles. Terms of the deal have yet to be disclosed. Here’s more from the press-release:

“Darius has been in twice for workouts with us and has impressed us with his progress, health, and attitude;” said Danny Ainge, Celtics Executive Director of Basketball Operations/General Manager. “Darius will have the next couple of months to prove to myself and Coach Rivers that he can help us win.”

“I’ve watched the Boston Celtics play a lot last year and loved what I saw in their teamwork and chemistry on the court and it’s the team that I want to try to resume my career with.” said Miles. “I am excited about having an opportunity to play on a team that I feel my personality fits with and a team that can have great success on the court.”

Financially, the signing was a very low-risk venture. If Miles plays 10 games in either of the next two seasons, Portland has to pay the remaining $27 million of his contract.

Physically, Miles is different story. Teams were reluctant to consider Miles after his 2006 microfracture knee surgery and the recent whispers of a 10-game suspension for performance enchancing drugs.

Yet Miles’ biggest effect may be on the Celtics’ team chemistry and defensive focus.