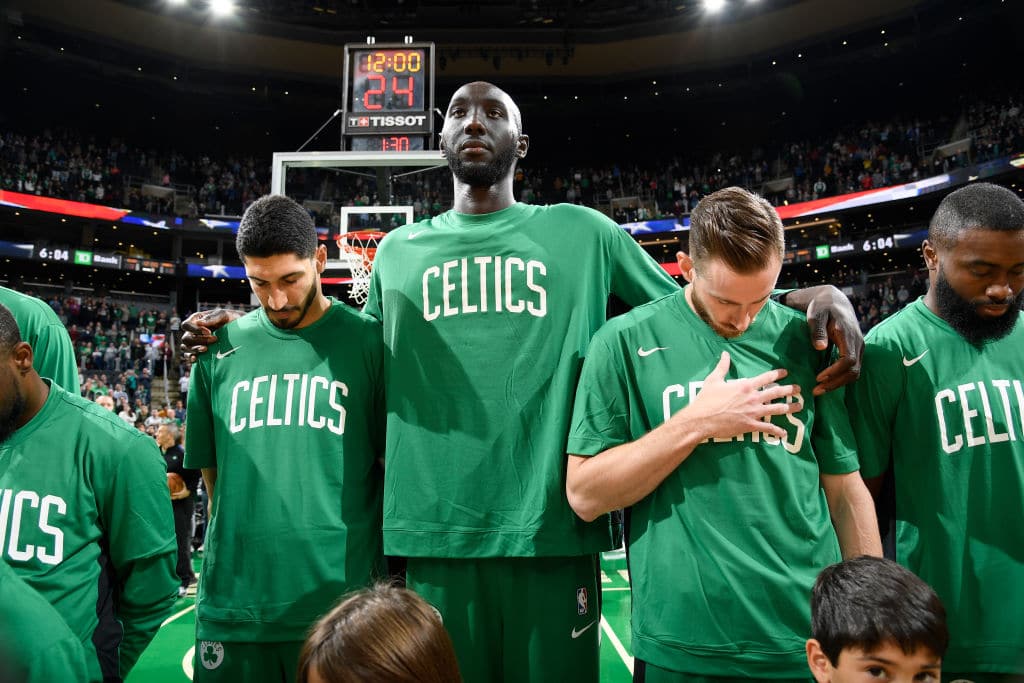 The Boston Celtics are converting Tacko Fall’s exhibit 10 contract into a two-way deal, Adrian Wojnarowski of ESPN reports. The 7’6″ rookie will split time between the team’s big league club and their G League affiliate in Maine.

Fall had originally been signed to an exhibit 10 deal after going undrafted out of the University of Central Florida in the 2019 NBA Draft. He’ll now fill in the two-way contract slot that was made available earlier today when the team converted Max Strus’ two-way deal into a two-year pact.

Fall can spend 45 days with the Celtics over the course of the 2019-20 season and will spend the rest of the year with the Maine Red Claws. He’s seen limited usage with the C’s throughout preseason, averaging just 6.9 minutes per contest, but will see no shortage of opportunities in the G League.