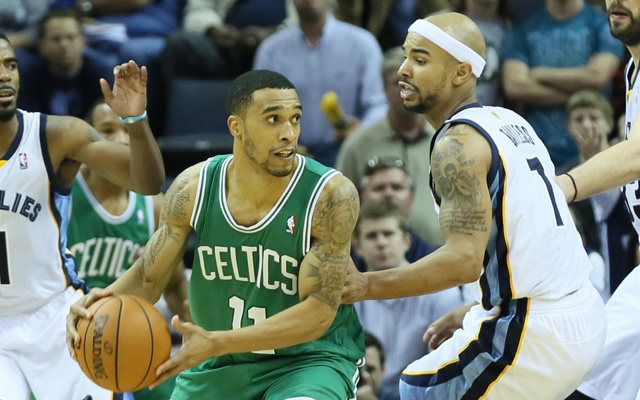 Boston and Memphis have reached an agreement on a minor trade — going to Beantown is Jerryd Bayless; off to the Grizzlies is Courtney Lee.

It’s a largely financial move on the Celtics’ part, as the deal gives them additional flexibility on their books.

Bayless has an expiring $3.1 million deal. Lee’s departure will clear nearly $11 million remaining on his contract, which has two seasons left after this one.

The Grizz can soften the blow by using their $7.5 million exception from trading Rudy Gay last year.

The NBA’s luxury-tax line this season is $71.748 million, and the Celtics, with 14 signed players, are just under it, paying out roughly $71.2 million in salaries.

If this deal goes through as expected, the Celtics will move even further under the tax line.

Lee, who was averaging 7.4 points per game over 16.8 minutes per game this season, was not in uniform nor was he on the bench when the Celtics faced the Oklahoma City Thunder here Sunday.

Both Courtney Lee and Jerryd Bayless said goodbye to their respective fan bases in Boston and Memphis on Sunday night.

In addition to his contract, Lee struggled this season and eventually lost his spot in the starting lineup. Bayless, meanwhile, basically guaranteed his exit from Memphis by exercising his player option last summer (shooting just 37% from the field also didn’t help.)

The deal is expected to be finalized today.