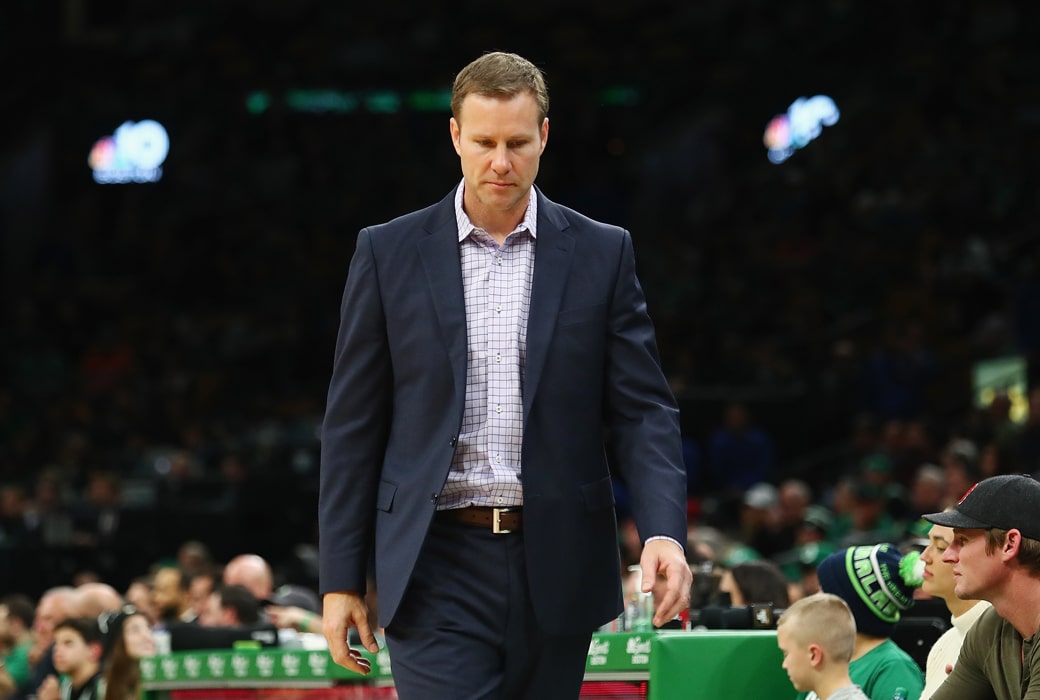 On Monday morning, the Chicago Bulls announced the firing of head coach Fred Hoiberg. According to ESPN’s Adrian Wojnarowski, Jim Boylen will take over as the permanent head coach with no interim title:

Team announced coaching change moments ago. Hoiberg was in the fourth season of a five-year, $25M contract. https://t.co/SBhRX2qDes

The Bulls are giving Boylen every chance to succeed, promoting him to head coach as key players are returning or nearing return from injury. Hoiberg will rejoin the college coaching marketplace as a top candidate. https://t.co/g21WMg1Igs

The Bulls currently have the third worst record in the NBA at 5-19.