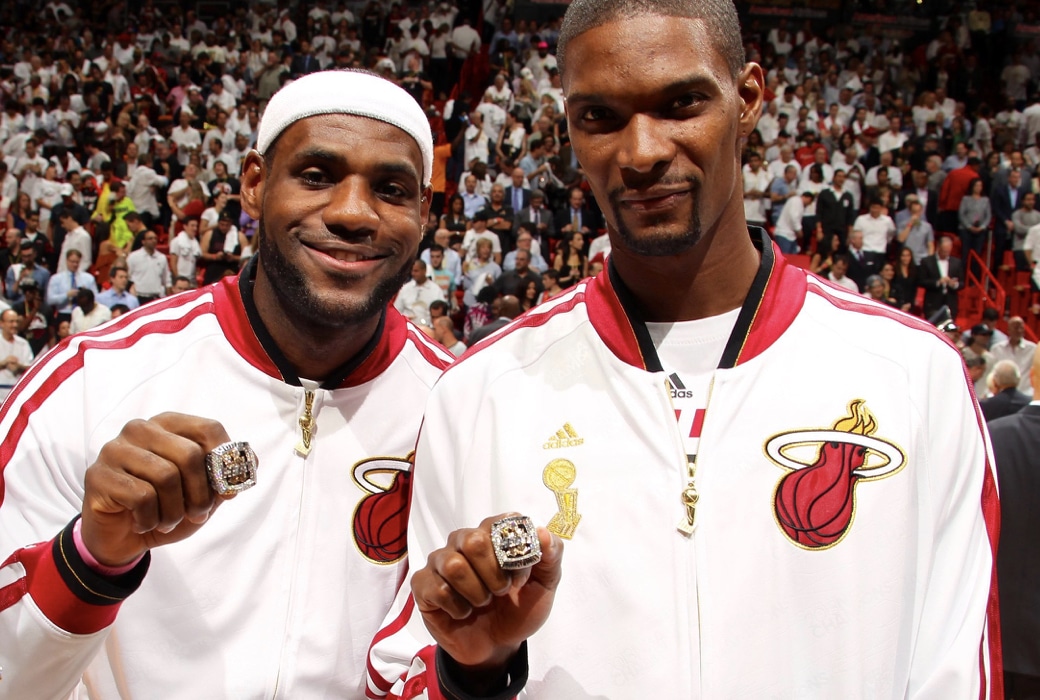 Chris Bosh went on the set of FS1’s The Herd with Colin Cowherd and made his prediction for where his former teammate LeBron James will sign in the offseason and explained his prediction:

Bosh nearly signed with James Harden and the Rockets in 2014 when LeBron made his return to Cleveland. He returned to the Miami Heat after the team gave him a max contract.

He also appeared on Undisputed with Skip Bayless and Shannon Sharpe to talk about LeBron and the Cleveland Cavaliers, and Bosh expressed his lack of faith in James’ current supporting cast in Cleveland.

“I mean, I think you know obviously LeBron needs some help, guys have to step up and play better… they wouldn’t be down 3-0 if [the help were on the team] but that goes back to defense, the habits, good and bad.”

Additionally, Bosh commented James’ effort on the defensive end of the floor and excessive workload brought on to him:

“He also didn’t have to play 46 and a half minutes [In Miami]. Now thats no excuse. I’m not saying he cannot do better defensively. You can always do better, but the tremendous workload man, that fact we think its normal for a guy to average 46 minutes a game throughout the playoffs. I mean I was watching the game last night and he couldn’t come out. He comes out and they put him back in.”

RELATED: Chris Bosh Hopes For One More Opportunity To Suit Up 💯