Chris Kaman is no longer the Kaveman 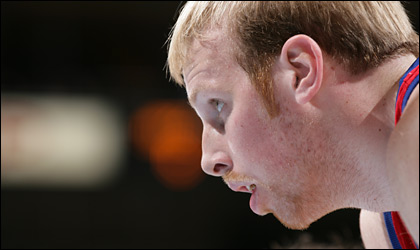 Maybe I’m late to this one. True Hoop claims to be late, and I read it there, so if Henry’s late, I’m even later. Chris Kaman has lost his flowing Thor-like locks. He calls his blog post “Yes, I Cut My Hair.” I have the utmost respect for a man that can keep things simple like that.

Over the summer, many of you were upset that we made such a big deal over Steve Nash’s haircut. But Bill Simmons says that Nash’s haircut is some kind of elaborate metaphor for his new desire to play like he’s mad and the max efficiency of the Phoenix attack, or something like that. I guess this means Chris Kaman should stop playing with post-big contractitis this year. Oh, and the San Antonio media is trying its best to keep Corey Maggette away from their team, dragging his name through the mud.