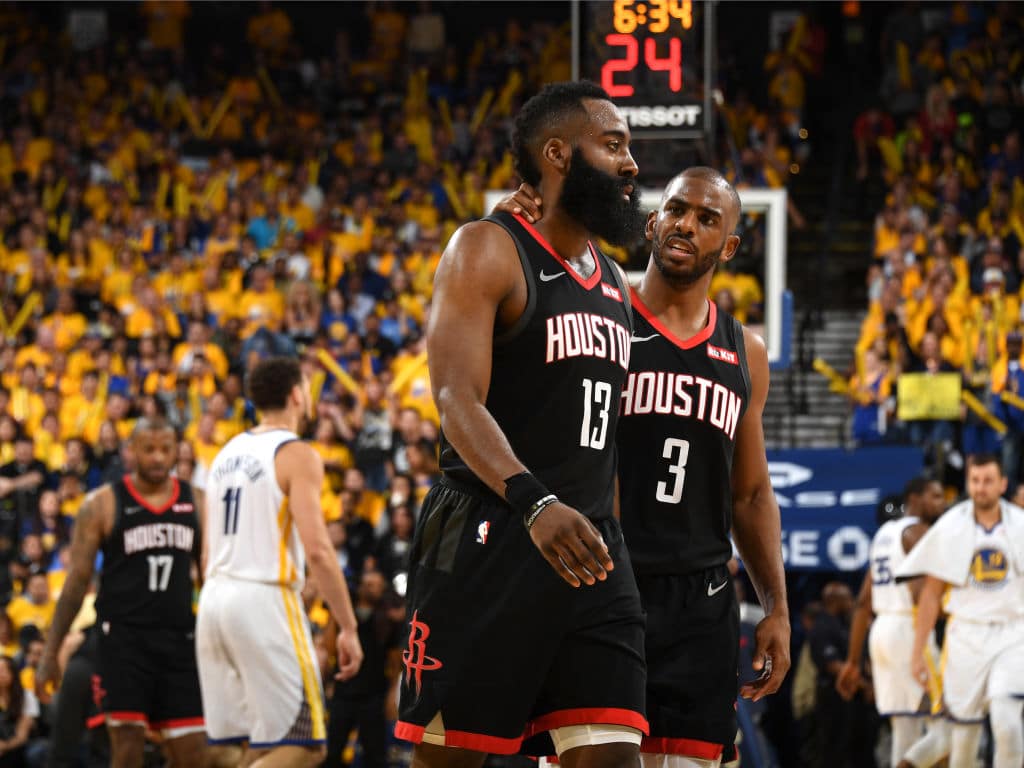 Update #1, 6:04 pm: For the second time in two days, Morey has refuted any notion that Paul has requested a trade. Jonathan Feigen of the Houston Chronicle writes that Morey says Paul will be on the team next season and that Paul and Harden do not have any issues with one another.

Veteran point guard Chris Paul has requested a trade from the Houston Rockets, Vincent Goodwill of Yahoo Sports reports, adding that the relationship between Paul and franchise star James Harden has been deemed ‘unsalvageable’.

The report comes in the midst of a confusing offseason for the Rockets and it’s worth noting that team general manager Daryl Morey denied that Paul had sought a trade as recently as yesterday.

According to Goodwill, Harden and Paul went nearly two months without speaking to each other during the season and the pair consistently got under each other’s skin over the course of the 2018-19 campaign.

The Goodwill report isn’t the first damning report to come out of Houston this week. In fact, Morey’s denial of Paul’s trade request came shortly after ESPN’s Tim MacMahon detailed the confusion surrounding the franchise and between the two stars.

Paul has played two seasons with the Rockets and in both cases the team has looked like a formidable Western Conference threat but not been able to surpass the Golden State Warriors.

MacMahon, in his feature, writes that Paul and Harden had a dispute after their Game 6 loss in the Western Conference Semifinals largely tied to playing style. The Rockets have been employing Harden as a famously ball-dominant offensive catalyst but Paul wanted to run more set plays.

This isn’t the first time that Paul has clashed with teammates, Goodwill adds, citing his struggles with teammates previously during his stint with the Clippers.

“There’s no respect at all, on either side,” a source told Yahoo Sports. “They need to get away from one another. Chris doesn’t respect James’ standing in the league, and James doesn’t respect the work Chris has put in to this point.”

If the Rockets are to acknowledge and honor Paul’s request for a trade, they’ll need to find a taker with plenty of room for Paul contract. The 34-year-old will earn $38.5 million in 2019-20 with raise in each of the following two seasons.