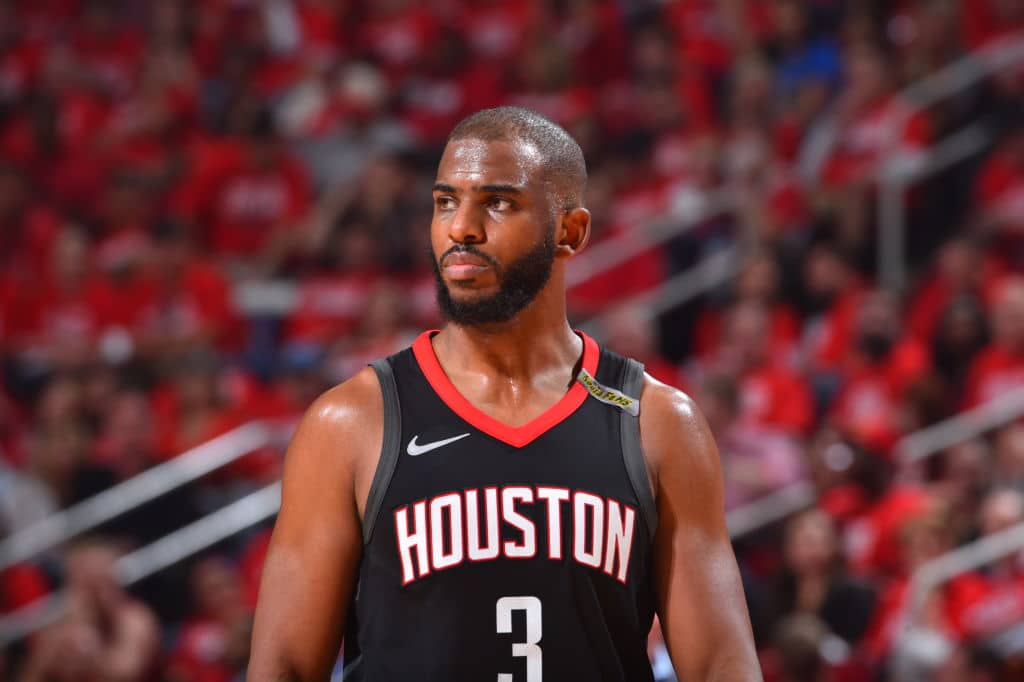 Paul strained his hamstring late in Game 6 of the Western Conference Finals, and helplessly watched Game 7 from the bench as his team was sent home for the summer by the defending NBA champs.

Morey says CP3 will “be back 100 percent” next season.

Rockets general manager Daryl Morey and coach Mike D’Antoni had their meetings with star guard Chris Paul and came away speaking of Paul’s free agent plans as if he had already reached his decision. During the season, Paul had said, “That’s what happened when the trade happened.”

“He took [the loss to Golden State] the hardest, I thought, because he knew if he hadn’t had the unfortunate injury, he’s dragging us the last (way to the Finals),” Morey said Wednesday.

“He’s been there before at those moments and got injured sometimes. Yeah, he took it hard. But you know what, he’ll be back. He’ll be back 100 percent and we’re ready to go.”

Related
Eric Gordon: Rockets Would Be in Finals With Healthy Chris Paul