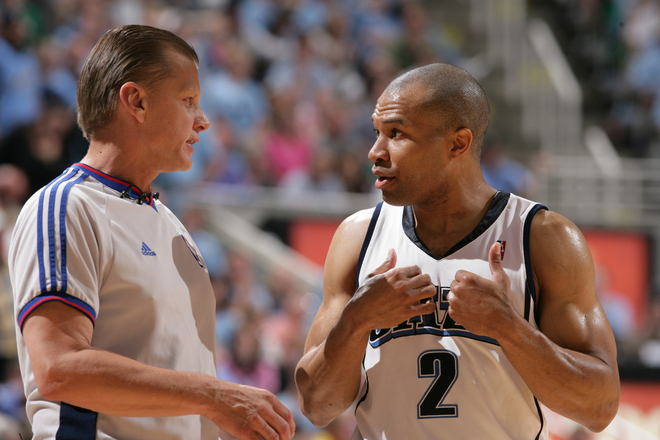 I am not going to lie. I didn’t watch the Western Conference game 3 at all, and was lucky that the Cleveland-Detroit game 3 was in crunch time when I got home from a long drive back from one of my Memorial weekend vacation spots. Vincent Thomas sent in his recap of Utah’s re-entry to the series, and our newest addition to the Game Notes roster, B.J. Reyes handled game 3 of Cavs-Pistons from Cleveland. I got them posted in a fairly timely fashion.

LeBron was incredible in the fourth quarter of game 3. It’s almost like he went through what happened last week just to add some pressure and drama for last Sunday night. Now Larry Hughes will probably miss game 4 with a foot injury. The Pistons are known to play down to their competition, but this is a big stretch for Cleveland. Sure, Larry hasn’t done much since the first few games of the first round, but LeBron needs all the help he can get. The Cavs did beat Detroit a few times in the playoffs without Larry Hughes last year when Hughes spent time away due to the death of his brother. Somehow it feels less likely to happen this time around. Despite the 2-1 lead, the Pistons have not played one of their real Detroiiiiiit baaaaaasketball games yet. They are due.

Last night the Spurs took control of their series, which caused a select few of the Utah fans to get a little bit upset and start throwing things. Derek Fisher, who was called the classiest player in the league a few weeks ago, started taking subtle cheap shots at the king of flops. If the Jazz want to keep their season going, they have to win a road game in a place they have not won at since 1999. That is a long streak to break. San Antonio is in The Finals already. We’ll have more on their game 4 win later today.

One of the treats of playoff games on ESPN is the Stephen A experience. Sure, he annoys many people, but his passion is impressive. His disgust when talking about Kirilenko, Okur, and Larry Hughes among others was off the charts. It’s like they poisoned his food or something. I really hope his shtick is just an act, cause if not he will die from high blood pressure before he hits 40.

The weekend was a lot of fun. I participated in the most intense game of eight-person paddleball that has ever been played. I’m still sore two days later. This was the day after our annual 3 A.M. pitch-black bike ride of danger. I don’t want to be accused of snitching here, but I think me and my friends may have witnessed a murder. Either that, or someone drove their car into the water like the Hummer commercial. There is no way to prove any of this. In case you were all clinging to every last word and wondering, yes I was in the Hamptons. You don’t have to say balling, I already know. Do you have any idea how hard it is to stay focused on the paddleball with so much “scenery” on the beach?

O-kay… there is an Eastern Conference Final game tonight, which could be the last meaningful game until the Finals. You have to think that Detroit and San Antonio will both wrap up their series once they have a 3-1 lead.