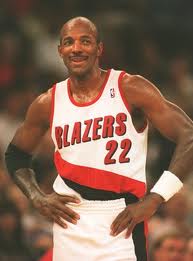 Who’s the best dunker in NBA history, in-game or otherwise? Personally, I have no idea.

I mean, technically speaking, I’m lying—I do have an idea. But I don’t have, or know how to reach, a definitive conclusion on the matter. The two most iconographic dunkers ever are, I think, Michael Jordan and Vince Carter. MJ’s awe-inducing hangtime and tongue-hanging-out swagger are ubiquitously enmeshed in the fabric of the sport. And Carter, well, the emergence of Vince Carter was something along the lines of discovering a new species. Carter supplanted every dunker in the world by his second NBA season (after he did this), and is responsible for arguably the most memorable dunk in the history of basketball. But the best dunker ever? I’m not sure.

You could make a case for Jordan, Vince, and numerous others. Jason Richardson, Dwight Howard, Chocolate Thunder, Skywalker Thompson, Dominique Wilkins, LeBron James. He’s only two years deep, but based strictly off of his share of SportsCenter highlights, you could even make a case for Blake Griffin.

Like I said, I’m not here to give a definitive opinion. Not because I’m unmindful or oblivious—I’ve paid close attention and have pondered the question for some time—but instead because I’m unsure. If I did give an answer, it would vacillate to the point of a cop-out—MJ one day, Vince the next, if I’m feeling rebellious maybe Shaq or Shawn Kemp, Dominique for a bit, back to MJ, back to Vince, back to I really don’t know and now my brain hurts. In this case, the Eye Test doesn’t help me deduce anything; it merely muddles my judgement and adds to the confusion. Beauty could be in the eye of the beholder, but my eyes can discern no difference between the value of an Aston Martin and a Lamborghini, feel me?

There is something that I do know, though. It’s that if you’re having the conversation, or debate, over who the best dunker in NBA history is, then you better include Clyde Drexler.

Where do we start? For one thing, it’s not entirely your fault if you don’t include him in the debate, or don’t know much about him other than his nickname (“The Glide”) and that he was on the ’92 Dream Team. If you didn’t watch Blazers or Rockets games from the mid-80’s until the mid-90’s, it’s understandable for you to view him as nothing more than a trivial name on the imaginary, extra-long list of “NBA Greats.” It’s actually kind of his fault, because Glide was never about the glitz and glamour that accompanied NBA stardom.

Drexler was, as the headline of a SLAM 14 story penned by then-Editor-in-Chief Russ Bengtson read, “Quiet As Kept.” To convey Drexler’s I’m just here to play basketball, so please just leave me alone with all the other stuff mindset, Bengtson said the following about Glide, partly because he wrote the story, but also because Drexler wouldn’t speak up for himself—Drexler never returned SLAM’s phone call for the story because, well, he didn’t care much about giving insight into his personal life or advancing a self-image:

“Clyde Drexler’s face has never been on a Wheaties box. No rap albums, no movies. Reebok don’t make the Glidenosis shoe. You won’t see Clyde on TV hawking soda he doesn’t drink, fast food he doesn’t eat or cars he doesn’t drive. The only time you will see Clyde Drexler on TV is when he’s playing basketball for the Houston Rockets. What too many people seem to have forgotten is that that’s the only time that really counts.”

And if that’s the case, boy, did Glide make it count.

If a misfortunate opponent was caught between Clyde and the basket on a fast-break, the majority of defenders were smart enough to clear the runway and seek shelter. There were a few stubborn ones, including Bill Cartwright (0:40) and David Robinson (1:38), but they learned their lesson too, just through a harsher course. Carter may have had the trampoline bounce and Jordan may have had the “Secret Stuff” from Space Jam, but Clyde Drexler had wings. His soaring jaunts to the hoop were so were effortlessly powerful that Glide’s dunks were equal parts vicious and graceful, if that makes sense.

If it doesn’t make sense, my bad, but no worries. Today, on Clyde’s 50th birthday, we celebrate with a short-yet-powerful video montage (above) that our friends at Hoops4Life compiled to bring Drexler’s greatness back to life.

Drexler was fast, long, uber-athletic, and posted statistics across the board that leave my brain dumbfounded and my stomach feeling queasy. For a 20-year old like me—one who was a puny seven years of age when Drexler’s 15-year run in the L came to a conclusion—my first glance at Drexler’s numbers had me on the verge of becoming Hitch-faced.

Quadruple-double? What? Two times? Ten years apart from each other?? I’m sick.

But perhaps this stat, more so than any other, portrays the totality of Clyde Drexler’s impact on the game: Glide is one of only three players in NBA history to have posted career totals of at least 20,000 points, 6,000 rebounds and 6,000 assists. The other two were Oscar Robertson and John Havlicek. In short, the dude undeniably did it all.

A perennial All-Star, model of consistency, NBA Champion, Olympic Gold Medalist, and arguably the most aesthetically pleasing basketball player ever, it’s only right that we pay our respects. Happy Birthday, Clyde.

As for the debates and basketball banter, well, the next time you ask yourself, “Who’s the best dunker ever?” make sure you include Clyde Drexler.

Or don’t. He never cared anyway.