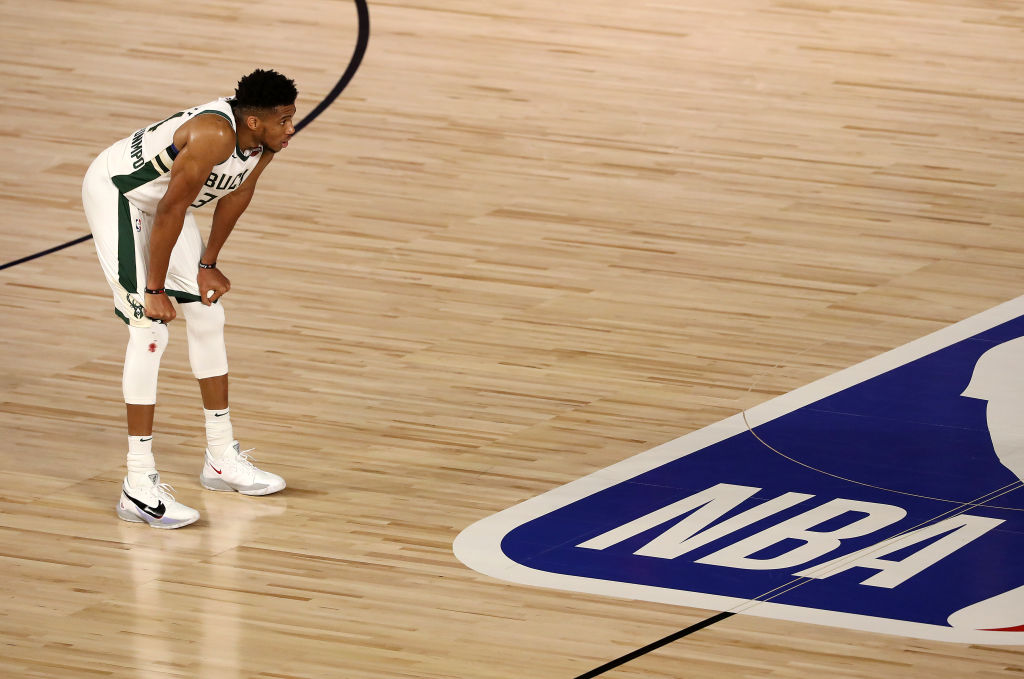 The Milwaukee Bucks have found themselves in an 0-3 hole in the Eastern Conference semifinals. For much of the Game 3 collapse that allowed the Miami Heat to take such a commanding lead of the series, 2018-19 NBA MVP Giannis Antetokounmpo was on the bench.

Antetokounmpo has played just 33.0 minutes per game in seven playoff games, a modest sum for a superstar of his caliber by any means, let alone during a series over which they have quickly lost control.

One need not look far to find fair criticisms of how Antetokounmpo has been handled.

Head coach Mike Budenholzer (the 2018-19 NBA Coach of the Year don’t forget) doesn’t seem bothered by the idea that his 25-year-old superstar is on the sidelines for more than 25% of each critical matchup.

No, I think we, obviously, it’s 48 minutes. You gotta be good for the last 12. If anything, I think keeping us fresh and ready to go and compete and all those things,” Budenholzer told ESPN’s Eric Woodyard. “[…] It’s a high level. If you’re going as hard as these guys are in a playoff game, 35-36 [minutes], I think that’s pushing the ceiling.

Antetokounmpo recorded 21 points, 16 rebounds and nine assists in the 35 minutes of action he saw Friday night and that’s after tweaking his right ankle in the first quarter.

Both Antetokounmpo and Budenholzer said that the ankle had no impact on the forward’s usage on Friday, which is believable considering this is just the latest example in a long trend.

It’s hard to question a coach with Budenholzer’s track record but as the team prepares to face elimination on Sunday, the question ought to be asked.

Antetokounmpo played over 40.0 minutes per game during the 2016-17 and 2017-18 postseasons, with Jason Kidd and Joe Prunty on the sidelines. They lost in the first round in both of those seasons.

Related: Jimmy Butler on Giannis Antetokounmpo not guarding him