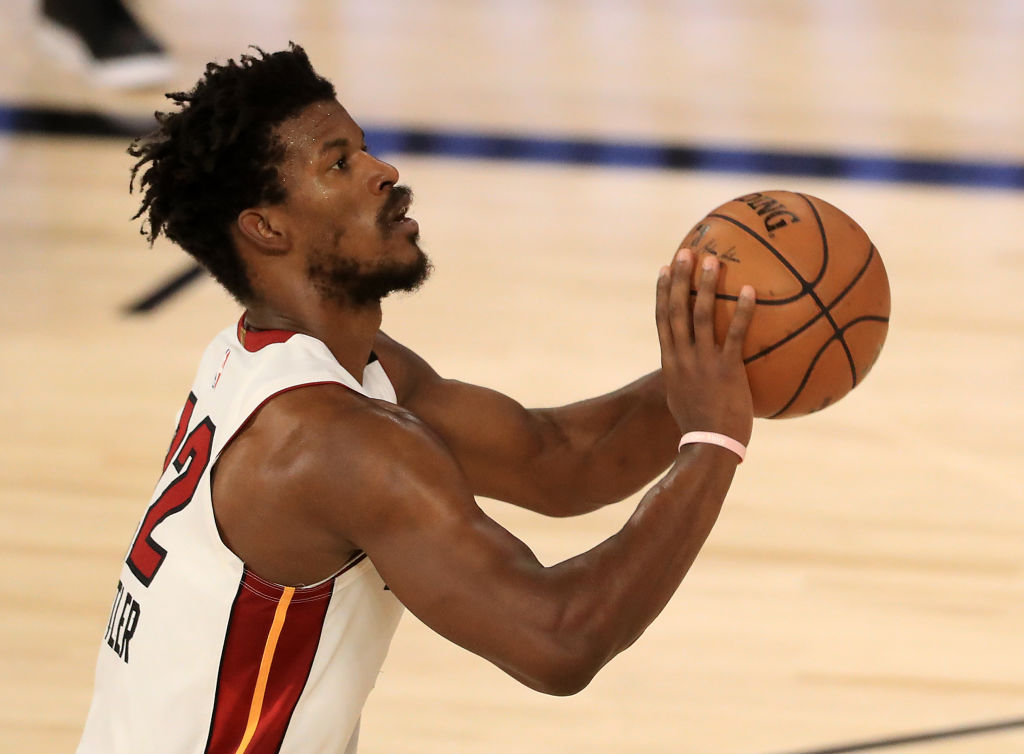 There have been no shortage of personalities quick to criticize Defensive Player of the Year Giannis Antetokounmpo for not checking Jimmy Butler consistently so far but the man who dropped 40 in the series opener understands.

The Miami Heat guard spoke candidly about Milwaukee’s tactics with Sam Amick of The Athletic.

I’m not surprised. I look at it like this. He is one of the best help side defenders that there are in the league. And that’s what he’s been doing all year long. And I think you can’t get stuck on what we do. I think you’ve really just got to focus on what you do – you’ve been doing it all year.

But I’m gonna tell you: You’re not going to be able to leave me, so then that’s taking away their weakside defense. So either way it goes, we’re gonna be in a good spot. We’ve got way more guys who can do what I just did last night better than I can do, so we’ll see.

The buzz around the debate simmered in Game 2 as Butler finished with just 13 points on three field goals but even still, none of those buckets came with Antetokounmpo on him as the primary defender.

First and foremost, it’s necessary to understand the irony of questioning how Mike Budenholzer, a former Coach of the Year, is deploying a Defensive Player of the Year after a season in which they were historically good on defense but Miami’s 2-0 series lead now has everybody searching for answers.

After the first matchup, Antetokounmpo was asked specifically why he wasn’t checking Butler.

“Why would you ask that? I’ll do whatever coach wants me to do,” he told the media.

With Game 3 set to tip off Friday, we could see the debate renewed.