If it feels like Common has been around forever, well, maybe that’s because he has. The rapper-turned-actor appeared on the hip-hop scene in the early 1990s and successfully tackled Hollywood a decade later. No matter, though. The 42-year-old, who recently released his 10th album, is just as relevant as ever.

“I think it’s the sincerity, the truth, in what I do, and that it’s always evolving,” explains Common. “I think I’m always open to learning and growing.”

While on a press run touting the release of Activision and Bungie video game Destiny, Common spoke with SLAM about the Jabari Parker, Chance The Rapper and much more.

SLAM: People seem to finally be respecting Chicago for the basketball city that it is.

Common: We got a real history of good ball players. Like you said, people are starting to acknowledge. You look and see people like Anthony Davis and Jabari Parker and Jahlil Okafor, the new guys; then you got DWade and DRose; then you got the streetballers.

SLAM: You’re kind of like an old head on the Chicago scene at this point, in the sense that the younger local rappers look up to you. Do you kind of see it that way?

Common: In all truth, some of them were so young that they knew me as an actor and then they knew the rapper. I’ve experienced that. Some of them do know the music, though. Specifically, I was talking to Jabari Parker and he was like, “Man, I listen to Resurrection. I’m like, “Wait, dude, how’d you listen to Resurrection, it came out before you were alive?!” But obviously, people listen to music that came out before them, or else we wouldn’t know some of the James Brown or Earth, Wind & Fire songs. But it was an honor to hear that Jabari felt that way, and then he went back and listened to some of the older stuff. So I know some of the young artists grew up knowing Common, but some of them know me as an actor.

Common: I think it’s the sincerity, the truth, in what I do, and that it’s always evolving. Like, if you look at Can I Borrow a Dollar? or Resurrection, it’s not the same style or sound as what you get with Be or Nobody’s Smiling. I think I’m always open to learning and growing. I know I have not yet completely mastered the art of MCing. I feel like I’m mastering certain aspects of it, and I’m continuing to work to aspect some, but it’s a continuous journey. So, I’m hungry and I keep my prayers in.

SLAM: Also, to me, you’re not afraid to speak your mind and that sets you apart. Whether it’s Ferguson or whatever is next, is that something you consciously do?

Common: I think that’s what I mean about being authentic. When you give a truth, whether you’re talking about Ferguson and what’s going on in the world or about you being in love personally, people relate to it. That’s why it’s constantly evolving, because as much as I’m paying attention to myself, I’m also paying attention to people and the struggle of people and I think I keep growing with them. I’m not far removed from people.

SLAM: The remix to Lil  Herb’s “Fight or Flight” that you jumped on is a good example of that. What did that track mean to you, and what’s it like to hop on a young rapper’s meaningful music?

Common: I was excited, man, because I love Lil Herb and I love Chance, too. I was excited to do it. I feel like, when I get to do songs like that, you show a connection that good music is good music and it doesn’t have to be a separation between, like, You come from this era so your music is more authentic. I feel like, if you’re true in this era, if you’re true in the ’80s, ’90s, 2000s then it is what it is. We listen to certain musicians that made music in the ’50s, but if it lasts, it lasts. Like I said, I see Herb and Chance have something that’s real true to them.

SLAM: This past Spring, Chance and his dad used to Twitter to campaign against violence in Chicago during Memorial Day weekend. He’s just one of the many young rappers stepping up in Chicago, and I feel like you and Kanye kind of engrained that sort of philanthropy and awareness.

SLAM: On a lighter note, one way I always stayed out of trouble was by playing video games. Are you a big gamer? How did you get involved with Destiny?

Common: Dude, I’m excited about Destiny! I haven’t got to play it yet, but I’m going to play it tonight. Honestly, a saw a commercial of it first and thought it looked really good. It kind of took me back to growing up, when video games kept us out of trouble sometimes. When I saw Destiny, it took me back to the beginning.

SLAM: On that tip, did you grow up playing NBA Jam and NBA Live and Jordan vs. Bird?

SLAM: I know video games factored into your life and I know music does, but is basketball another major factor?

Common: Oh, for sure. I love basketball. It’s one of my favorite pastimes, too.

SLAM: Growing up, were you a Jordan guy?

Common: Jordan was the No. 1 for sure, and then it progressed—I don’t want to say progressed, because Mike is the top of the line—and became other players. I really like point guards, cause I was a point guard in high school.

SLAM: I know you’re a Derrick Rose guy. What do you think about him?

Common: I love DRose, ’cause he’s from Chicago. I love LeBron, ’cause I just love LeBron, even before he brought it back home. I love Kyrie Irving, too. There’s something about his game that, just, is fun to watch. I used to watch Isiah Thomas back in the day, and Kyrie is quick like that and got handles like that.

SLAM: So, do you think Cleveland is the team to watch out for this year?

Common: Put it this way: I feel they can go to the Finals. It’s still going to be tough, with whoever they play in the West, but they definitely got to be in the top two or three teams. In the Eastern Conference, I think the Bulls can give Cleveland a hard time but ultimately they got LeBron, Kyrie and Kevin Love and Dion Waiters and some of the other guys. 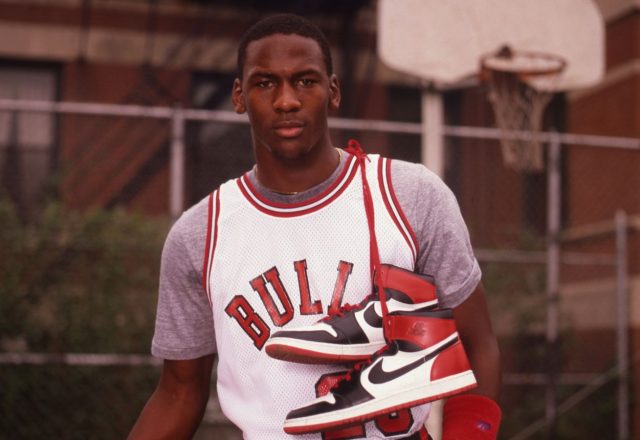 Michael Jordan Made the Rapper Common Forge His Autograph (VIDEO) 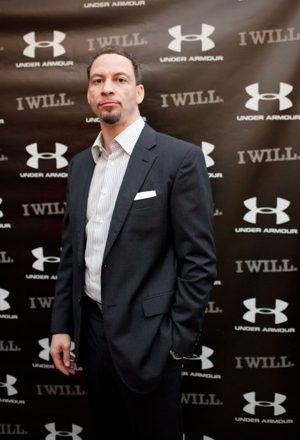 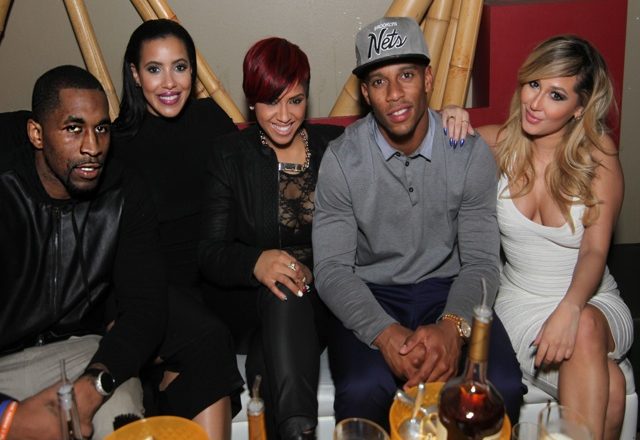 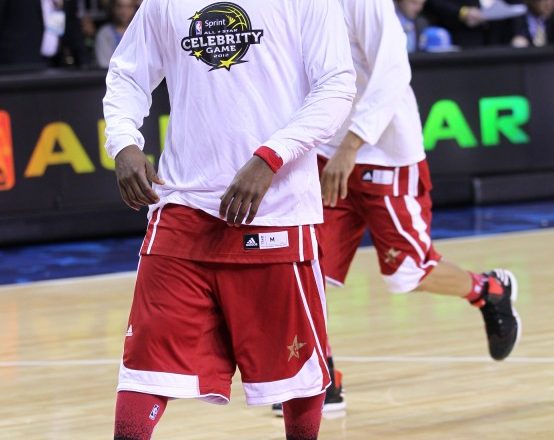