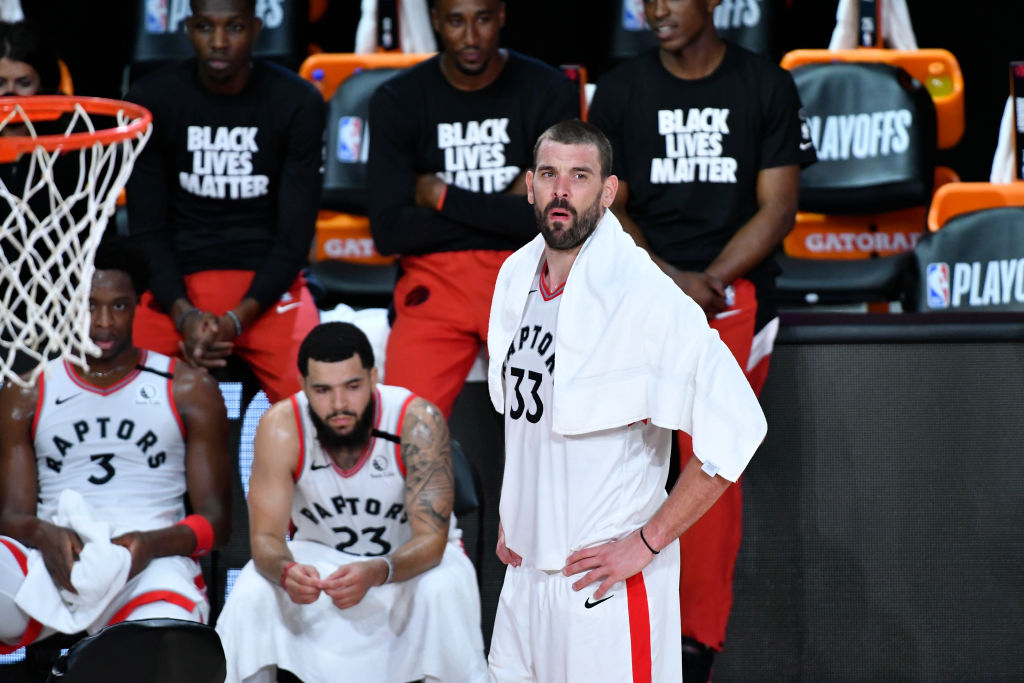 Update #1, 6:40 pm: Multiple team and league sources could not confirm the Marc Gasol report, TSN’s Josh Lewenberg tweets. Such a move may still transpire in the future but is not imminent.

The Twittersphere is abuzz with speculation that Toronto Raptors free agent Marc Gasol may have played his last game in the NBA.

A report out of Europe from FCB Barcelona podcast host Sergi Carmona states that the big man has signed a contract with FCB Barcelona but CNN’s Ernest Macia has refuted the claim.

Raptors beatwriters Doug Smith of the Toronto Star and Eric Koreen of The Athletic are digging into the report seeking affirmation.

While NBA Twitter has run wild with the initial report of the signing, it’s important to note that we’re less than three months removed from a similar situation involving another Gasol brother and Barcelona.

Pau Gasol was reported to be on his way to Barcelona in July but the report was enthusiastically shot down by a member of the club’s board, according to Emiliano Carchia of Sportando.

None of ESPN, The Athletic, Hoops Rumors have confirmed the Marc Gasol report.

If the report is verified to be true, the 35-year-old leaves the NBA after 12 seasons. He won a title with the Raptors in 2019 and was named an All-Star on three occasions. He was the 2012-13 NBA Defensive Player of the year and earned All-NBA honors twice.

Gasol took on a reduced role with the Raptors following the iconic chapter of his career with the grit ‘n grind Memphis Grizzlies but his value as a defensive presence, communicator and leader was evident.

This story will be updated with details as we get them.