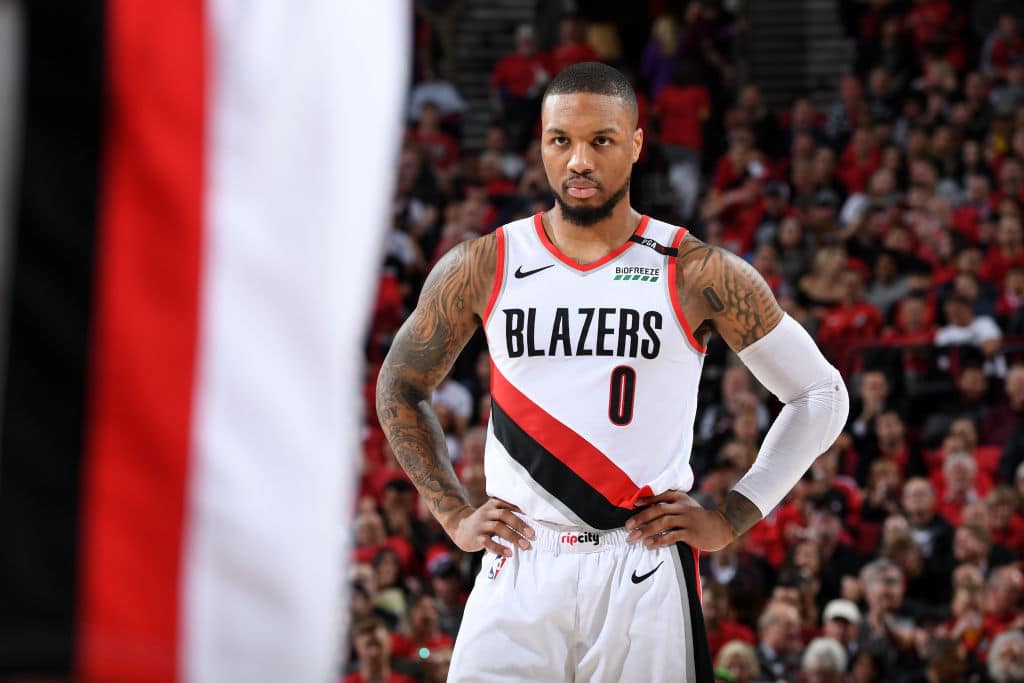 Damian Lillard‘s ultimate goal is to be considered the greatest Trail Blazer in franchise history.

The 29-year-old, four-time NBA All-Star says his excellence both on and off the court in Portland put him “right there” in the conversation.

What are your goals to become one of the best Trail Blazer in the franchise? What’s your criteria for being the best and what do you want to achieve?

Lillard: “I want to be the best Trail Blazer ever. And I think, it’s bigger than basketball to me. I think, obviously, you have to have the numbers to back it up which I am already on track for. I’m second in points. I think I am top three in assists. Free throws made, three pointers made, I’m No. 1. Like I’m up there as far as the stats. I think just continue to win. We’ve had three 50-plus win seasons in my seven seasons, one that wasn’t a 50-win season was a 49-win season. I’ve been All-NBA four times. I was first team All-NBA. I’ve been on four All-Star teams. Played in the Western Conference Finals this past year. I hold the [team’s] single-game scoring record. All these records, like everything. I just think an MVP, a championship.

“But what I do around the city, I am actually heavily involved in the hip-hop scene in Portland. All the communities in Portland from the suburbs to the hood. I’m involved. And it’s not like I’m paying for stuff, I’m giving my time. I think when we talk about the best Trail Blazer ever, all of those things should be taken into account. And I’m on top of it in every area.

“I’m representing the city. A lot of the best players that played here, that are considered the best players, didn’t want to play here and eventually left. Once I got on, I wanted to play here. I enjoy living here. I think I’m right there. I just got to continue doing what I’m doing and finish it off right.”