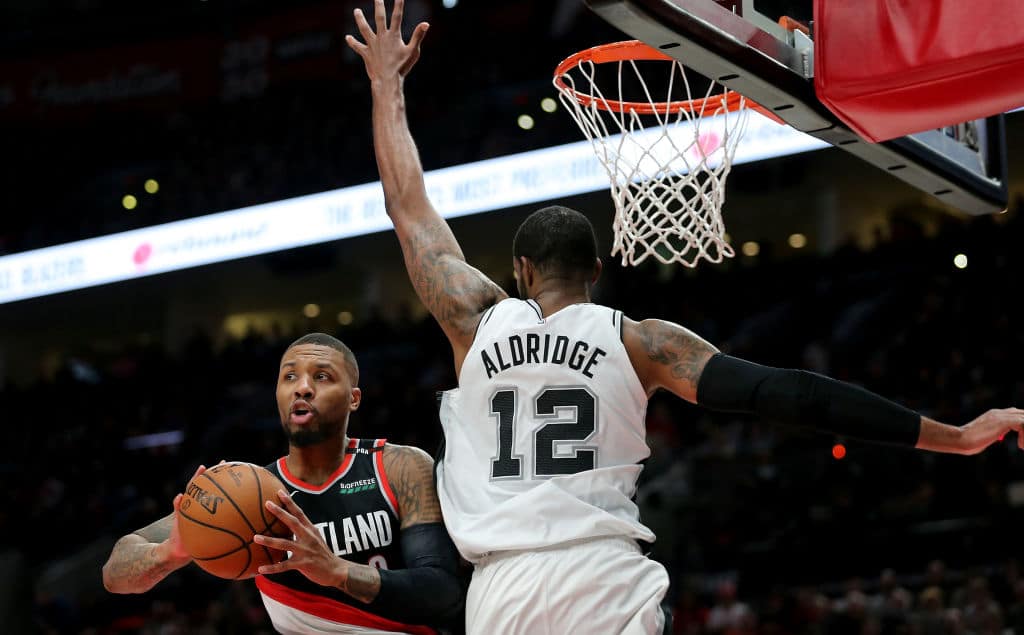 The two All-Stars blame outside voices for the wedge that drove them apart.

New @TheAthleticNBA read: On @aldridge_12 All-Star journey: From growing as a leader with #Spurs to squashing beef with @Dame_Lillard : “We’ve fixed our relationship,” Aldridge said. “It wasn’t us … It was the people around us.” #Blazers #NBA #NBAAllStar https://t.co/y9h2DVD7yg

CJ McCollum says the trio would be “nasty” had it not broken up.

“We both apologized,” Lillard said. “I think it was a lot of miscommunication from everybody but us. People were saying, ‘I heard LA didn’t like Dame because of this. And I heard Dame said this.’ We got on the phone and I was like, ‘Man look, I came to Portland looking at you like you’re LaMarcus Aldridge. I was trying to be the best compliment to you. I wasn’t in competition with you. I wasn’t jealous of you. I wasn’t trying to be nothing but (supportive). I felt like I was the point guard coming to Portland to help you out. I didn’t look at it like I’m taking over the situation.’

“And he heard otherwise,” Lillard added. “What I said to him was, ‘You was in the locker room with me every day. I never operated like that when you were around.’ And he was like, ‘My bad for letting other people get in my head about something that was right in front of me.’ I said, ‘I apologize for not forcing that line of communication or not making it clear to you that that was not the situation.’ I think it was something we both could’ve stepped up and handled a little bit better because there was no beef. Me and him never had a single argument, never had a single issue with each other.”

“We’ve fixed our relationship,” Aldridge said. “It wasn’t us. It wasn’t us having an issue with each other. It was the people around us generating things that wasn’t there. So, it’s harder to see when you’re in it, but I think now that we’re both on the outside looking back at it — we had that talk and it definitely made it better.

“It’s funny (when you’re) older, you grow up and see things differently,” Aldridge added. “I think I understand Dame’s view more. I think he understands my view. I think we just hashed it out. It wasn’t an argument. We just talked it out.”