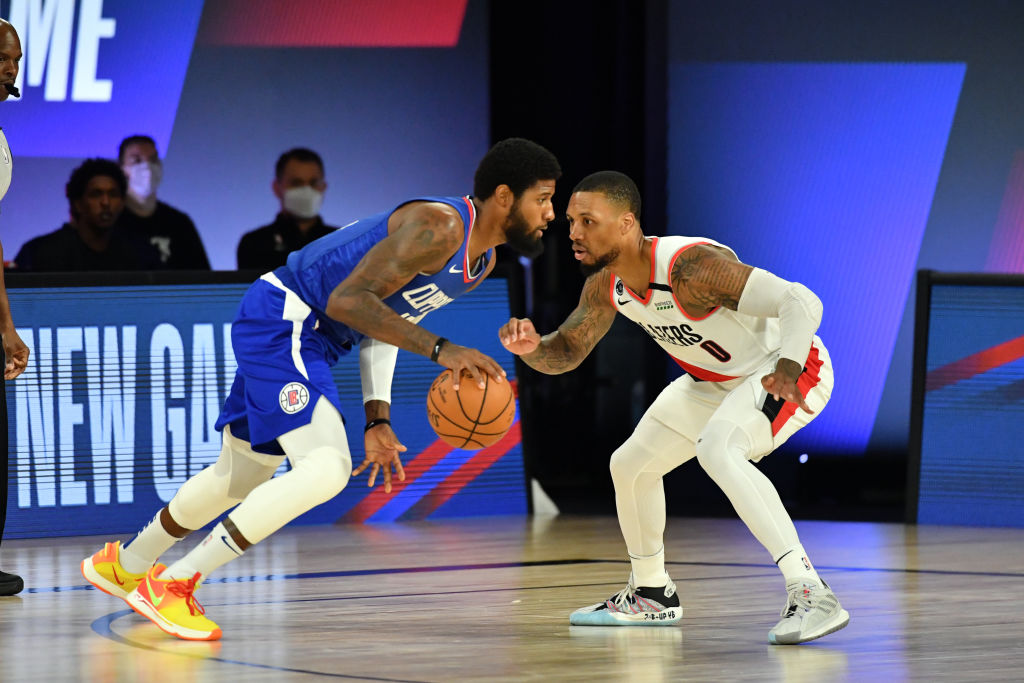 There’s clearly beef between Damian Lillard and several members of the Los Angeles Clippers due to recent events. After hitting a game winner over Paul George to eliminate the Thunder in the 2019 NBA Playoffs, a rivalry of sorts between the two was sparked.

This continued into the following season as George opened a new chapter of his career with the Clippers. In a crucial game against the Clippers at the end of the 2019-20 regular season, Lillard missed a key free throw, which Marcus Morris and Patrick Beverley found amusing. They would go on to mock him from the bench.

This would continue even after the game, as comments on Instagram would further escalate the issue.

As the Trail Blazers and Clippers match up Wednesday night, Damian Lillard was asked if Blazers versus Clippers is a rivalry. In his eyes, it’s not.

“I thought a rivalry was built on the court, you know what I’m saying? I don’t think this is a rivalry.”

Lillard thinks that rivalries are built on the court, which disqualifies this situation since most of the commentary occurred from the sidelines and and off the court. Regardless, these two teams matching up for the first time since this all started will be fascinating to watch.