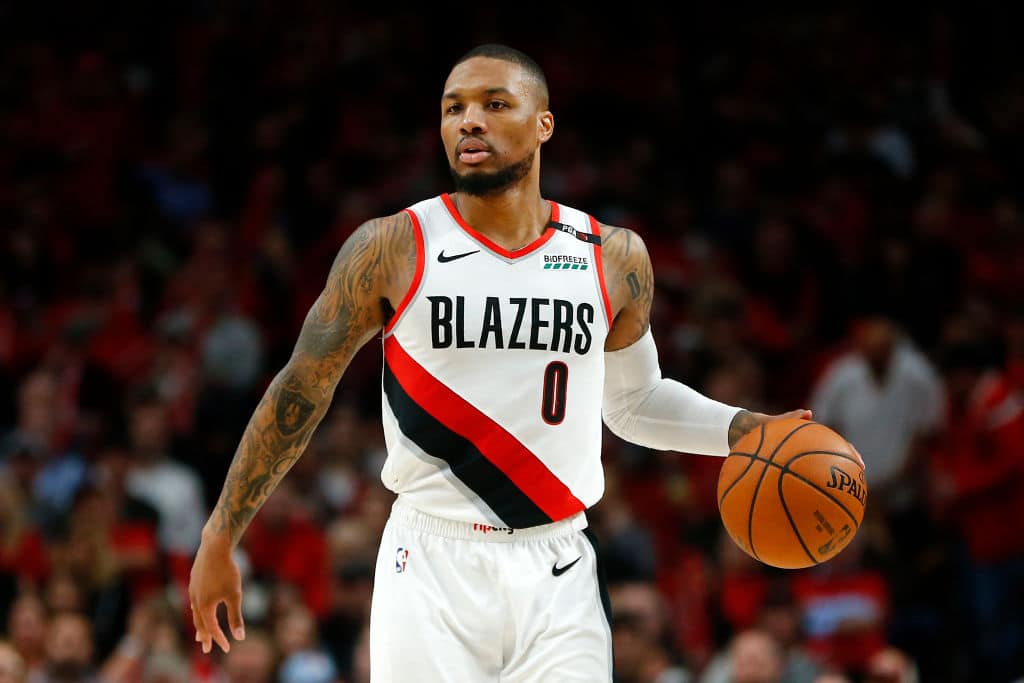 Damian Lillard will make his return to the Portland Trail Blazers’ lineup on Wednesday, per a report from Stadium’s Shams Charania. That return will come in a home game against the Washington Wizards. Lillard has been out with a strained groin.

Lillard has missed all five of Portland’s games since the All-Star break. Lillard was injured during the Blazers’ last outing before the break in a game at the Memphis Grizzlies. He then missed All-Star Weekend activities.

This season, Lillard has had a career-year. He’s scoring 29.5 points on 46%, both career-highs. Lillard is also averaging the most assists of his career, at 7.9 dimes per game.

Portland needs Lillard back in the lineup, as they’ve lost three straight games entering Monday. That slide has dropped the Trail Blazers 3.5 games behind the Grizzlies in the race for the last spot in the Western Conference playoffs. Portland has also seen the New Orleans Pelicans, Sacramento Kings and San Antonio Spurs pass them in the standings in recent weeks.