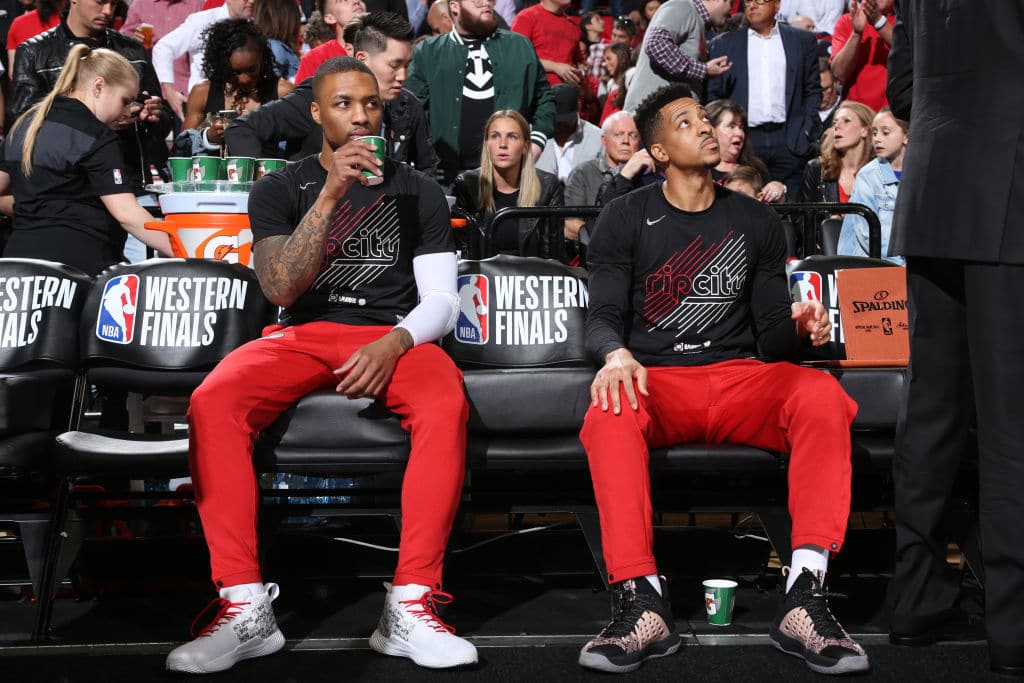 This summer marked the death of the so-called NBA super team, but Damian Lillard isn’t buying it.

Dame also feels pretty good about Portland’s offseason, and has “more anticipation now than probably any other time” about the Trail Blazers’ upcoming campaign.

What did you think about [Russell] Westbrook going to Houston?

Lillard: “I mean, Paul George was traded, then I think [Jerami] Grant got traded to Denver … once I started seeing real pieces of the team starting to get moved around, I figured either he was next and they were starting over or he was going to tell them, you know, I don’t want to be a part of a complete rebuild. So I’m not going to say I was surprised, but I didn’t expect him to go to Houston.”

Did you think about your role in that?

Do you feel the West is as wide open as it has been in years?

Lillard: “I’ve heard a few people say that because you know, [Kevin Durant] left and Klay [Thompson] suffered a tough injury, so people know they won’t be the same team so they think it’s wide open, but the West is still super competitive. Everybody has firepower. At first, everybody was calling the Clippers a tough team, they played hard, and now they’ve got Paul George and Kawhi Leonard. And now Anthony Davis plays for the Lakers and New Orleans has all this young talent that is going to be able to compete. You know, I don’t think people give them enough credit. And then Utah picked up all these guys. So it might look more balanced but it probably got tougher to win in the West because every team is good now. Sacramento is a year older, Phoenix is a year older, I mean all these teams, they are coming. Like I said, everybody sees it as wide open, but it’s definitely not. There’s a lot of good teams.”