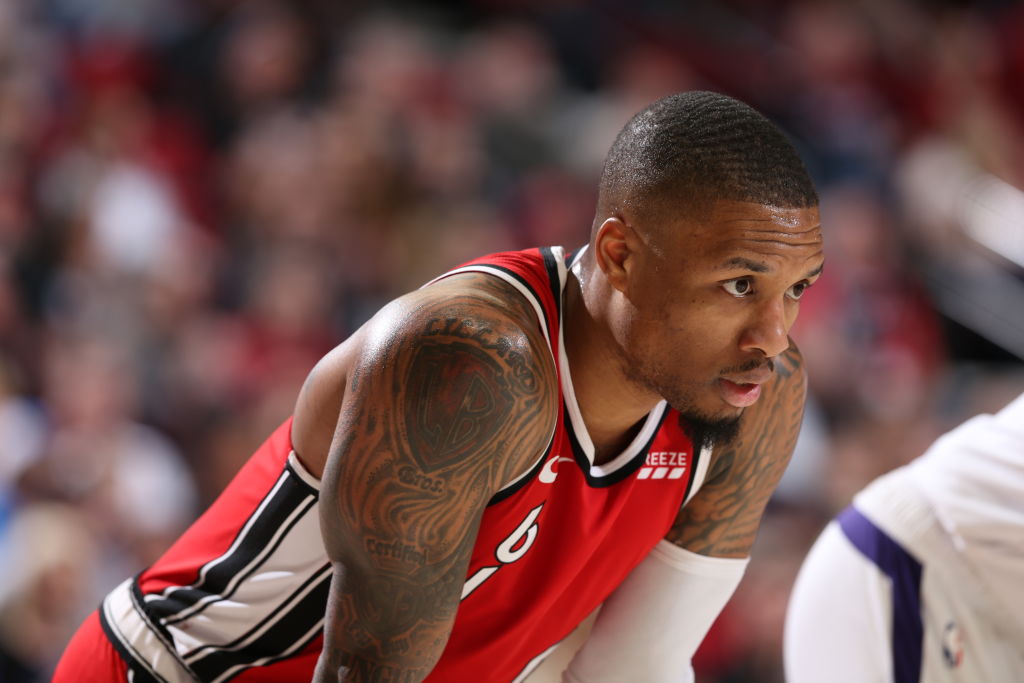 If the 2019-20 NBA season resumes and the No. 9 seed Portland Trail Blazers don’t have a “true opportunity” to compete for a playoff spot, star guard Damian Lillard won’t play.

The 29-year-old All-Star expressed his concerns in an exclusive interview with Chris Haynes of Yahoo Sports. As the NBA’s potential plans to return to play in a confined bubble at Disney World gains momentum, Portland is one of several times especially interested in how the league decides to handle the rest of the regular season.

“If we come back and they’re just like, ‘We’re adding a few games to finish the regular season,’ and they’re throwing us out there for meaningless games and we don’t have a true opportunity to get into the playoffs, I’m going to be with my team because I’m a part of the team. But I’m not going to be participating. I’m telling you that right now,” Lillard said.

The Blazers are currently 3.5 games behind the No. 8 seed Memphis Grizzlies. If this were a typical season, Portland would have 16 games left to catch them in the standings. With a post-hiatus abbreviated schedule, all bets are off.

As fans and league pundits contemplate what a return to action would look like for the league, one option that’s been floated is skipping the final chunk of the regular season and heading directly to the postseason.

That scenario would mean Portland, not to mention the New Orleans Pelicans and San Antonio Spurs tied with them in the standings, would be instantly eliminated from contention.

More likely than skipping the remainder of the campaign, however, the league will return with some semblance of a regular season. It’s unclear what exactly that would look like but the number 70 looms large as a rough target giving that stands as a deliverable in the league’s various contracts with regional sports networks.

A theoretical 70-game schedule gives the Blazers just four games to leapfrog a Grizzlies team that had held strong to the final Western Conference seed prior to the hiatus.

If the NBA were to abandon the split conference playoff format in favor of a 16-seed bracket inclusive of both conferences, Portland would be tied for the No. 17 seed, 1.5 games behind the No. 16 seed Orlando Magic. The Grizz, in that scenario, would be the No. 14 seed.