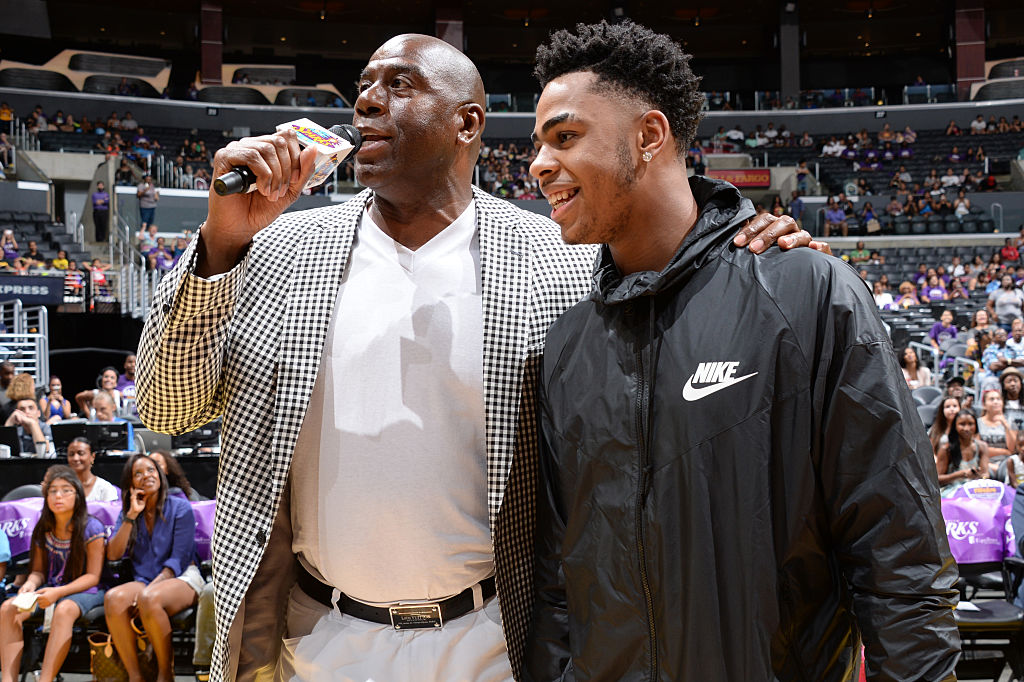 Per Silver Screen and Roll:

“D’Angelo is an excellent player. He has the talent to be an All-Star. We want to thank him for what he did for us, but what I needed was a leader,” Johnson said. “I needed somebody also that can make the other players better, and also that players want to play with.”

The implication that Russell wasn’t a leader was clear, and it stood as what felt like a parting shot, even if that wasn’t the intent of Johnson. Russell joined Adrian Wojnarowski’s The Woj Pod and was asked if he was surprised when he heard what Magic said about his lack of leadership.

“Definitely,” Russell said of feeling blindsided by the comment. “I didn’t know what the reason behind it was. I’m off your hands. I have nothing to do with you, I’m on a new team. I didn’t understand the comment, I still don’t.

“Like I said before, he’s still one of the best point guards to ever play the game, and for him to say anything about me I can just run with it. If it’s negative, if it’s positive, whatever he has to say about me, it’s something I can just run with and make the best out of it,” Russell said.