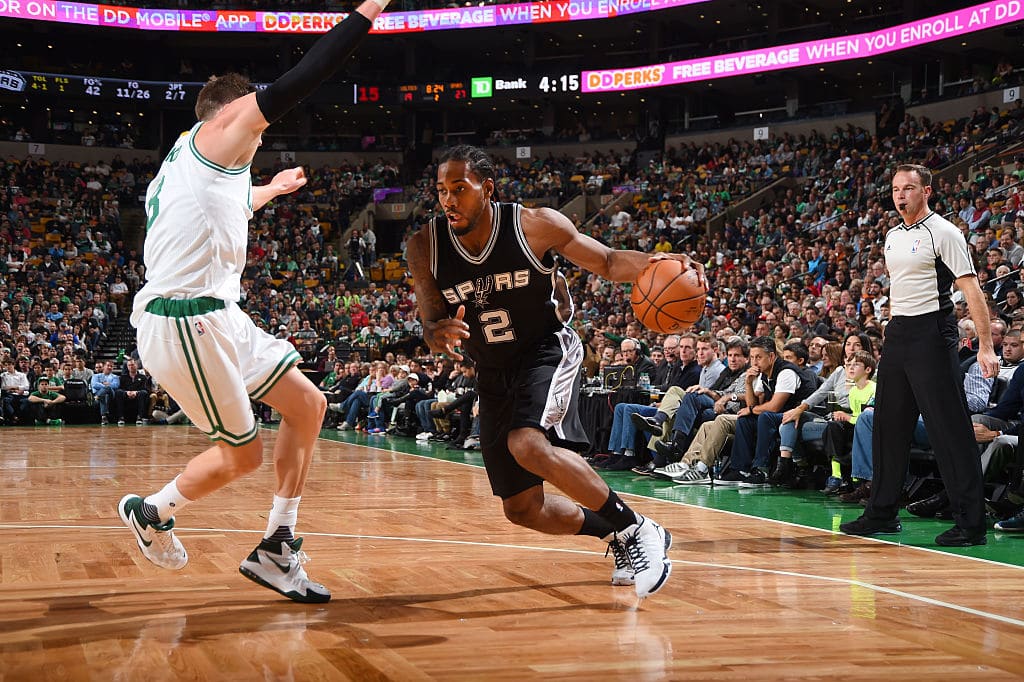 Celtics president of basketball ops Danny Ainge says the team is “unlikely” to pull off a major trade this summer.

Boston is reportedly involved in talks with the San Antonio Spurs over Kawhi Leonard, but Ainge claims they “don’t really have a need.”

Danny Ainge on this summer: “We don’t really have a need. We have really good players. We need to surround them with role players with the rest of our roster that have a chance to win.” #Celtics

Ainge on pursuing trades despite loaded roster: “We explore every trade of players of certain magnitude, superstar, first ballot Hall of Fame type of players. We’re gonna take a look, kick the tires and see if there’s something there. I think those things are unlikely.” #Celtics

Leonard has indicated that his desire would be for a move to Los Angeles.

It’s understandable that the Spurs would want to shop here, but the C’s aren’t about to perform major surgery on a roster that is in position to regenerate from within over the next several years as [Jaylen] Brown, [Jayson] Tatum and others develop. There’s also the fact the Celts got within a Game 7 crash of making it to The Finals this year without Kyrie Irving and Gordon Hayward.

Again, from what we’ve heard, Tatum and Brown are not available, and it would take the right overall transaction pieces to interest the Celts in putting the Sacramento pick on the table.

Absent the Celtics’ willingness to move key young pieces or the Spurs deciding to accept less than what a Leonard without medical or contractual issues is worth, there seems to be nothing to indicate an agreement.

Related
Report: Spurs ‘Ready’ to Move on from Kawhi Leonard