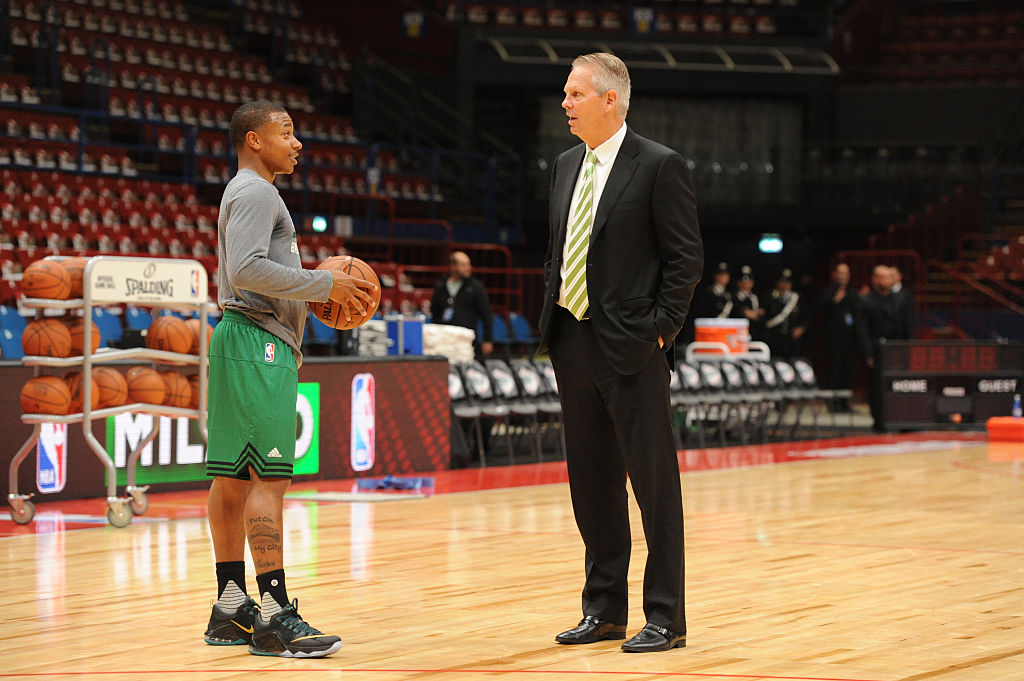 The Boston Celtics may have broken up with Isaiah Thomas this summer, but according to GM Danny Ainge, the All-Star point guard will forever be part of the franchise’s history.

Ainge says he understands why Thomas is so angry with being traded, that the two may never speak again.

Danny Ainge says he understands Isaiah Thomas' emotional reaction and why he said he wouldn't talk to him again. pic.twitter.com/Li5XtlRx3i

Ainge was traded twice during his own playing career, and says that as an executive, there’s nothing harder than having to deal beloved players away.

“That’s the hard part of the job,” Ainge said at Wednesday’s Shamrock Foundation charity golf tournament. “I know there’s a lot of feelings that go on when these types of things happen. I was a player who was traded twice, so I understand his sentiments. But you guys know how much I love Isaiah. He’s a great kid, and I wish him the best.”

Ainge said he hasn’t talked with Thomas since the night of the trade, and has no idea if they will talk anytime soon.

“I would try to, but I have no idea,” said Ainge. “That takes two people. He obviously said some things today. He has some strong feelings, strong emotions and I understand them. I think there’s just feelings there. There’s emotions. I think everybody understands it.”

Asked if Thomas’ desire to remain a Celtic was a compliment to the organization, Ainge said, “He was a great Celtic and I think everybody who watched him play and was in the locker room with him knows how great he was. He’ll be part of Celtic history forever.”